Yet J.D. Carroll spoke against, complaining about truck traffic, lights, lessened recreational areas for an existing subdivision. Also he did not receive a notice; the only people who received notices were those who have property contiguous to the proposed rezoning property. 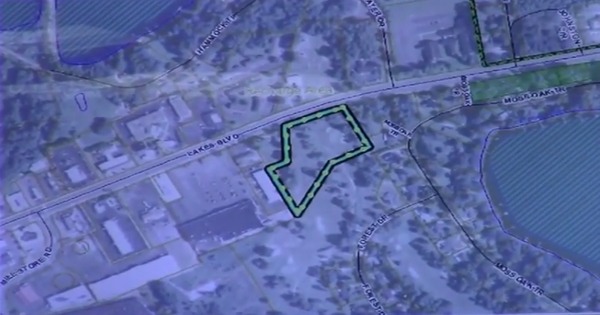 County Planner Jason Davenport said that was all the county was required to do by law. He should remember that’s not the case: all state law requires is a sign out front and a notice in the newspaper. He was the one who proposed to the Lowndes County Commission after we circulated a county-wide petition asking for notices to be sent out. He proposed sending to everybody within a fixed radius of the subject property. The County Commission declined to do that, and decided only to send to contiguous property owners.

Robin Miller said she didn’t feel like she got any benefit from this, and her children who got off the bus there would be affected. 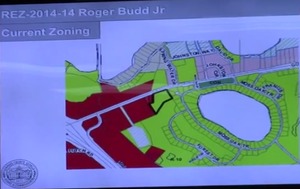 County Planner Jason Davenport said he thought they were there because of one wedge of property, and that he thought “Roger” would prefer to buy what he needs. Why does the County Planner habitually try to read the minds of applicants? Why not just have them come so Commissioners can ask the applicant directly?

Davenport also said the TRC had clarified a condition about dumpsters to say it only applied to near existing residential development. And he clarified that who wants to use Roger Budd’s property is Family Dollar.

There was quite a bit more discussion about dumpsters, light pollution, and other issues.

Planning Commissioner Willis moved for a split zoning to accomodate Family Dollar, pointing to a wedge on a plat the audience couldn’t see, saying to rezone only that to C-G, with the rest remaining R-10, plus a buffer on the east, and number 4 condition. Seconded by Bailey. No further questions. Passed 5 to 2 with one abstaining.