And “Atoms for Peace” was part of an organized government PR campaign (“Operation Candor”) about Soviet nuclear weapons; see http://www.eisenhower.archives.gov/research/online_documents/atoms_for_peace.html”>Dwight D. Eisenhower Presidential Library for sources. Operation Candor was replaced by Operation Soothing Syrup (I am not making this up), according to newspaper columnist (and leak publisher) Stewart Alsop, in his column of 23 November 1957. Alsop wanted more candor, mostly because he wanted more nuclear weapons to counter the Soviet Union’s nukes and missiles, yet his conclusion is just relevant now as then:

It might make life simpler for high officials such as Mr. Cutler if the American people were obedient sheep who unquesiontingly obeyed the orders of daddy Governement. But the United States is not the Soviet Union. It is, instead, a society in which the Government derives its authority from the people. And such society is instantly in deadly danger if the essential facts on which to reach a reasoned judgment are concealed by the Government from the people.

Take that, Atomic Energy Commission successor NRC! And don’t worry, it’s not just government in this boondoggle, and wasn’t back then, either.

Meanwhile in Japan, Matsutaro Shoriki, briefly jailed for war crimes during World War II), was the head of the secret police and then founded the newspaper Yomiuri Shimbun, and set up the country’s first private television network. According to the Economist 22 December 2012, Matsutaro Shoriki, Japan’s Citizen Kane: A media mogul whose extraordinary life still shapes his country, for good and ill, 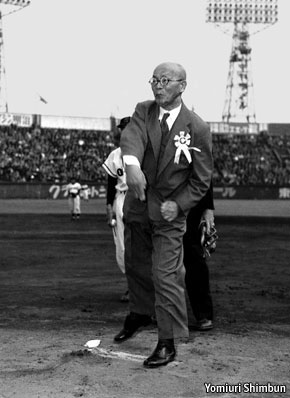 ‘To cap it all, he was the “father of nuclear power”, using his cabinet position and media clout to transform an atom-bombed nation into one of the strongest advocates of atomic energy. That legacy now smoulders amid the ruins of the Fukushima Dai-ichi nuclear plant.’…

But television was only the next stage in his journey. By 1954 Japan was in the grip of anti-American hysteria. After the horrors of the atomic bombings of Hiroshima and Nagasaki, American H-bomb testing in the Pacific Marshall Islands blanketed 23 Japanese tuna fishermen with radioactive ash. After one of the men affected died, anti-nuclear passions soared. Shoriki, as well as America’s CIA, was terrified at the thought that the Soviet Union and China might take advantage of the uproar to displace American influence in Japan.

He hit upon another remarkable plan, this time to use nuclear energy as a tool of pro-American leverage. Yet another biographer claims this was a CIA plot—an idea pooh-poohed by other scholars, who believe that Shoriki exploited the Americans at least as much as vice versa. Dwight Eisenhower had recently made his “Atoms for Peace” speech, promoting the spread of nuclear energy to counter the stigma of nuclear weapons. In December 1954 John Jay Hopkins, president of General Dynamics, a pioneering nuclear conglomerate, suggested an “Atomic Marshall Plan” for Japan.

Shoriki pressured Hopkins to travel to Tokyo to deliver the message in person; at the first hint of assent, the Yomiuri splashed the news on its front page. With all the hoopla that had heralded the arrival of Babe Ruth more than 20 years earlier, the paper played up the visit in May 1955. Shoriki used giant screens artfully erected on street corners both to spread the pro-nuclear message and to boost the fledgling NTV’s ratings.

At the same time he and some of his pronuclear cronies in parliament were pulling strings, with results that still resonate. He won a Diet seat on a nuclear-energy platform, then helped form the Liberal Democratic Party. It ruled Japan for almost all of the next 55 years (and is now returning to power). In January 1956, as a cabinet member of the first LDP government, he was appointed president of Japan’s new Atomic Energy Commission. To the surprise and horror of some of the scientists on the commission, his first announcement was that Japan would have a reactor within five years. He never let practicalities get in the way of a story.

In order to promote Japan’s peaceful nuclear technology exports abroad, Tokyo has recently reached out to a number of countries including the United Arab Emirates (UAE), France, Turkey, India, and the Visegrad Four (V4), which is composed of the Czech Republic, Hungary, Poland, and Slovakia.

In the UAE, Mr. Abe and Prime Minister Sheikh Mohammed bin Rashif al-Maktoum established a nuclear cooperation agreement under which Japanese firms would supply the UAE with components for the ongoing construction of a nuclear power facility. Mr. Abe then signed a deal with the Turkish government for a consortium of Japanese and French companies to build a nuclear power plant and to then supply it once it is completed.  Back in Tokyo, Mr. Abe hosted French President François Hollande last month, engaging a would-be competitor in an agreement to cooperate in nuclear technology exports.

Further targeting emerging nuclear power markets, Mr. Abe received Indian Prime Minister Manmohan Singh in Tokyo last month, where the two accelerated negotiations that, if successfully concluded, will allow Japan to sell the second most-populous country in the world the nuclear technology it needs to address its own energy shortfalls. In Europe, Mr. Abe lobbied vigorously on behalf of Japanese nuclear power reactors and technology in Japan’s first V4 summit – where he and his counterparts agreed to cooperate in atomic energy development in Central Europe

Abe also traveled to Saudi Arabia to discuss nuclear technology while protests in Brazil caused its President, Dilma Rousseff, to postpone a trip to Tokyo where, like India, she was set to accelerate nuclear cooperation with Japan to build more atomic power reactors. Given Brazil’s growing energy problems and the government’s plan to expand nuclear power generation, it is likely that Brasilia and Tokyo will have an agreement in the near future. 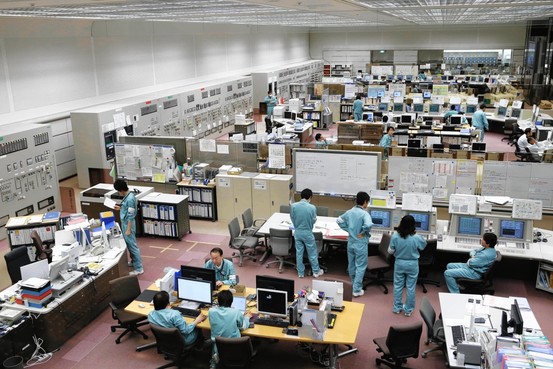 Now Japan may have come full circle, back to nuclear weapons, as John Pate points out, with Is Japan Developing a Nuclear Weapons Program? Huge reprocessing plant could be used to stockpile plutonium for the future manufacture of nuclear weapons. by Peter Symonds for Global Research 7 May 2013, sourcing from Japan’s Nuclear Plan Unsettles U.S. by Jay Solomon and Miho Inada in WSJ 1 May 2013,

Japan is preparing to start up a massive nuclear-fuel reprocessing plant over the objections of the Obama administration, which fears the move may stoke a broader race for nuclear technologies and even weapons in North Asia and the Middle East.

The Rokkasho reprocessing facility, based in Japan’s northern Aomori prefecture, is capable of producing nine tons of weapons-usable plutonium annually, said Japanese officials and nuclear-industry experts, enough to build as many as 2,000 bombs, although Japanese officials say their program is civilian.

Yet Abe may not succeed in peddling nukes abroad and at home. His predecessor and mentor, former Japanese PM Junichiro Koizumi, is now openly calling for no nukes.

And the economics of solar power may make the whole question moot, as Japan rapidly

Even TEPCO, flailing so badly at containing the broken Fukushima nukes, is deploying wind power offshore and solar inland.

The sun is rising, on the east as well as the west.