“In order to respect the popular will, the government of” the city of Heshan refused to proceed with a $9 billion uranium processing plant. That happened after this, yesterday: 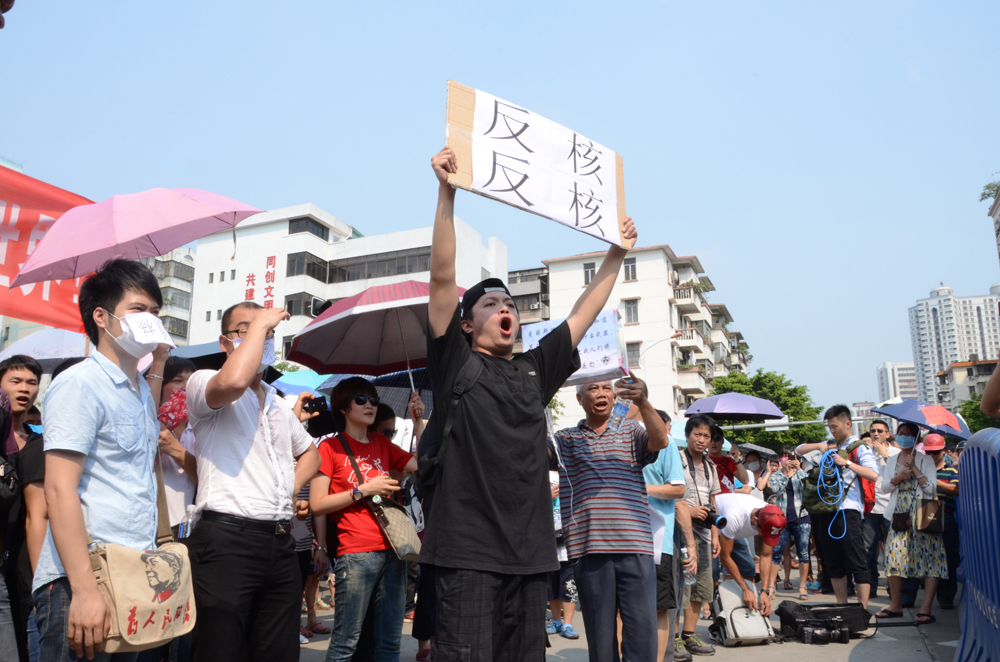 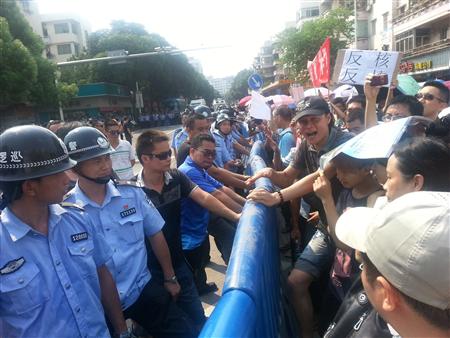 The cancellation, unusually fast, demonstrates the increasingly important attention given by the authorities to environmental concerns that are often expressed at the local level. Several projects of petrochemical plants and metal processing have recently been postponed or relocated.

Yes, I know the plant may just be relocated somewhere else. But with enough such demonstrations it won’t be built. How about some of this respect for the popular will about, for example, the natural gas pipeline through Georgia from Alabama to Florida, or the new nukes at Plant Vogtle?

The surprisingly swift decision to cancel the project came after hundreds marched to city offices in the nearby city of Jiangmen on Friday that forced officials to pledge an extension of public consultation by 10 days to 20 days. They also promised to improve communications concerning the processing plant and engage with journalists and community leaders to explain its plans.

Public hearings! That’s what the people wanted: public hearings in which the plant’s proponents would have to explain themselves

More demonstrations had been planned for Sunday.

Across the country, Chinese citizens are increasingly taking to the streets to fight new industrial plants in their areas, a movement made possible by smartphones and social media — as well as Chinese users’ adeptness at skirting censors’ controls.

The worsening pollution of China’s air, water and soil has sparked public health concerns and fuelled growing distrust of the local governments that are supposed to be responsible for monitoring polluting plants.

Protesters in Jiangmen on Friday had said they had a duty to protect their home town.

“I would never want my students to have to study in such a [poor] environment,” said a 23-year-old teacher, surnamed Xiong, who participated in Friday’s march.

What about you, fellow American citizens? What sort of environment do you want for yourselves and those who come after you?

“If the local government has nothing to hide, why didn’t they inform us how they planned to use the land months ago?” said one young mother, surnamed Zhang, who wanted to take part in the demonstration but could not get time off work.

If Sabal Trail Transmissions has nothing to hide, why don’t they show us a map of where that 100 foot pipeline is supposed to go, and tell us where they’re fracking the natural gas they plan to send through it? How about our local governments respecting their people enough to help us find out?

Public concerns over nuclear plants and uranium processing facilities have grown after the nuclear accident at Fukushima Daiichi, which was triggered by a disastrous earthquake and tsunami that struck Japan in 2011. What about public concerns over Plant Hatch leaking radioactive tritium into the aquifer we drink out of, the existing nukes at Plant Vogtle contaminating the Savannah River, and the new nukes at Vogtle sucking up more water than the city of Savannah?

We just demonstrated the people can win over the most entrenched monopoly. The Georgia Public Service Commission just voted to more than double the amount of solar power Georgia Power is required to purchase, despite Koch-funded astroturf opposition and Georgia Power’s own proposal of zero new solar megawatts.

Like the Internet won over entrenched telco circuit switching, renewables are winning, nukes are dead, coal is crashing, and fracking is going to fail with its polluted academics and polluted groundwater.

Let’s get on with a million solar rooftops and wind off the Georgia coast connected by a smart grid engineered by Southern Company with Georgia Power and all the EMCs taking a percentage for profit. Win, win, win, with sun and wind!