More solar for Georgia must be a good thing if AFP is organizing astroturf against it. GA PSC decides Thursday. Like another speaker at GA PSC last month, I don’t think even Bubba McDonald’s proposal to double solar requirements on Georgia Power goes nearly far enough, but at least it’s a start, which is more than Georgia Power will do unless nudged by GA PSC. The Georgia chapter of Americans For Prosperity, founded by billionaire brothers Charles and David Koch, wants Georgia’s utility regulators to reject a solar energy plan in Georgia. But an Associated Press review ahead of a vote on the issue finds that it has used misleading figures to build its case.

The Georgia chapter of Americans For Prosperity has said in mass e-mails that a proposal requiring Southern Co. subsidiary Georgia Power to buy more solar energy could raise energy bills by 40 percent. A review shows the claim is misleading, and there’s a debate over how much solar energy might cost. Georgia’s Public Service Commission will meet next week to vote on the utility’s plan for meeting Georgia’s energy needs for the next two decades. Georgia Power has already agreed to add 270 megawatts of solar energy to its system and did not propose adding more in its latest plan. Commissioner Lauren “Bubba” McDonald Jr. wants a vote on a plan requiring Georgia Power to add an additional 525 megawatts of solar energy.

McDonald’s plan has support from a group of solar developers earlier spurned by Georgia Power.

“I don’t think that everyone should be forced to pay more for a questionable thing.”

So will we soon see AFP emails opposing 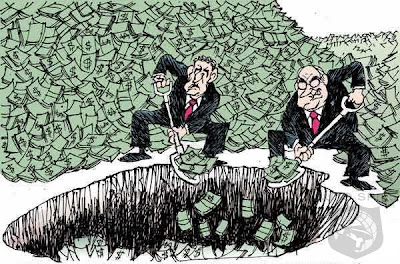 2 thoughts on “Koch astroturf vs. solar jobs for Georgians”