Invest in nukes for hot water in rivers damaging plants and animals while there’s less water for agriculture and cities and droughts and summer heat waves cause power shortages. That’s Europe’s experience. Or we could profit by their experience and get on with reliable renewable solar and wind power.

France has shut down the equivalent of four nuclear power stations as the heatwave eats into the country’s electricity generating capacities. With temperatures in French rivers hitting record highs, some power plants relying on river water to cool their reactors have been forced to scale back production.

The heat wave since mid-June has led authorities in France, Germany, Spain and elsewhere in Europe to override their own environmental norms on the maximum temperature of water drained from the plants’ cooling systems.

The French government announced July 24 that nuclear power plants situated along rivers will be allowed to drain hot water into rivers at higher temperature. The measure is intended “to guarantee the provision of electricity for the country,” according to an official note.

France has 58 nuclear power plants, which produce almost 80 percent of electricity generated in the country. Of these, 37 are situated near rivers, and use them as outlet for water from their cooling systems.

The drought accompanying the hot summer has reduced the volume of water in the rivers, and might force some power plants to shut down.

Under normal circumstances, environment rules limit the maximum temperature for waste water in order to protect river flora and fauna.

“For many years now, French authorities have defended nuclear power arguing that it is clean energy, good for the environment, and that it will help combat global warming, for it does not emit greenhouse gases,” Stephane Lhomme, coordinator of the environmental network Sortir du Nucleaire (Phase Out Nuclear Power) told IPS.

“Now, with global warming leading to extreme hot summers, we are witnessing that it is the other way round,” Lhomme said. “Global warming is showing the limits of nuclear power plants, and nuclear power is destroying our environment.”

During the hot summer of 2003, French authorities had allowed nuclear power plants to drain excessively hot water into rivers, leading to considerable damage to flora and fauna, Lhomme said.

According to the minutes of the National Surveillance Committee on water drained from reactors August 21 and September 3, 2003, “hot water temperatures might have led to high concentrations of ammoniac, which is potentially toxic for the rivers’ fauna.”

The minutes point to a European norm on the concentration of ammoniac in rivers, which France did not respect.

Meanwhile France is importing some 2000 megawatts of power per day from neighbouring countries to compensate for shortages in production at nuclear power plants.

While the French authorities have overridden their own environmental norms, in Germany energy providers have slowed down some nuclear reactors to limit waste water temperature and to protect flora and fauna.

The nuclear reactors Isar 1 near Munich, and Neckarwestheim near Stuttgart have being authorised to drain hotter water into the nearby rivers than normally allowed.

In Spain, the nuclear power plant at Santa Maria de Garona, one of eight Spanish reactors, was shut down last weekend due to the high temperatures recorded in the river Ebro, into which the reactor drains the water used in its cooling system.

The power plant, Spain’s oldest, provides 20 percent of the electricity generated in the country.

German energy expert Hermann Scheer says the situation shows a need for radical change in policy. “We must massively invest in renewable energy sources, and get rid of nuclear power as soon as possible,” he told IPS. According to the Spanish Nuclear Safety Council, Santa María de Garoña nuclear power plant is “a BWR-3 type boiling light water reactor and a Mark 1 containment supplied by the US company General Electric.” That’s the same design as Fukushima, and as Plant Hatch 1 and 2 on the Altamaha River in south Georgia, as well as 22 other U.S. reactors.

ELASH: Golfech is on the right bank of the River Garonne and barely half a mile from the nuclear plant where there are two reactors built in the late 1980s.

ELASH: As the mayor of Golfech, Alexis Calafat shows off the reactor. He’s standing near a fish elevator designed to help migratory fish get past the reactor so they can spawn. The reactors are among the most modern in France. And like all nuclear reactors, they need abundant supplies of cool water to keep operating. But during the heat wave that swept France in 2003, they had trouble getting it and one of the reactors have to shut down. Calafat says the river water was too hot.

Mayor CALAFAT: (Through translator) During a hot spell, the water gets very hot because the river here is shallow.

ELASH: Regulations say the reactor can’t pump water over 82 degrees back into the river. And Calafat says that since the river was already warmer than that, they no longer had the right to operate. Like the plant at Golfech, three quarters of French nuclear reactors are in rivers or lakes. And during the heat wave of 2003, the French electricity operator EDF was forced to shut down or cut back production at nearly one third of them.

Last summer, many reactors—including the one at Golfech—had to shut down again when there was another heat wave. The EDF says it’s doing everything it can to avoid a repeat performance, but environmentalists say those shutdowns are a sign of things to come.

Simon Leufstedt write for greenblog 25 July 2009, France must shut down nuclear plants due to heatwaves,

The Times Online are reporting that France have been forced to close down a third of its nuclear power stations this summer due to heatwaves:

“France is being forced to import electricity from Britain to cope with a summer heatwave that has helped to put a third of its nuclear power stations out of action.

With temperatures across much of France surging above 30C this week, EDF’s reactors are generating the lowest level of electricity in six years, forcing the state-owned utility to turn to Britain for additional capacity.

Fourteen of France’s 19 nuclear power stations are located inland and use river water rather than seawater for cooling. When water temperatures rise, EDF is forced to shut down the reactors to prevent their casings from exceeding 50C.”

Will 2012 go down as the year that left the idea of nuclear energy expansion in the hot, dry dust?

Actually, U.S. nukes have had frequent low and no power periods for years, and the problem is only getting worse.

Nuclear energy might be an important weapon in the battle against climate change, some scientists have argued, because it doesn’t emit greenhouse gases. But separate of all the other issues with nuclear, that big plus would be moot if the plants couldn’t operate, or became too inefficient, because of global warming.

In June, InsideClimate News reported on the findings of Dennis Lettenmaier, a researcher at the University of Washington. His study found that nuclear and other power plants will see a 4 to 16 percent drop in production between 2031 and 2060 due to climate change-induced drought and heat. The U.S. is getting plenty of both this year. Just Sunday, the Millstone nuclear plant in Waterford, Conn., had to shut down one of its two reactors because seawater was too warm to cool it. It was the first time in the plant’s 37-year history that the water pulled from the Long Island Sound was too warm to use. 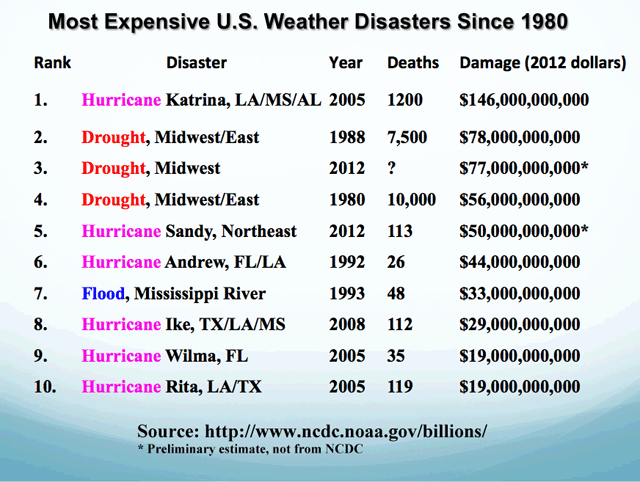 So the question becomes, is the future already here?