As you know, people (White and Black) are marching in support of the black men who are being shot and killed by white police officers, 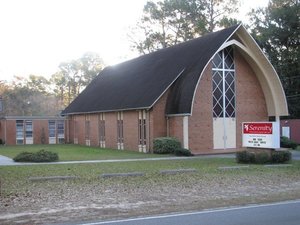 and the police who were killed in Dallas. SCLC decided that we would joined our black brothers and sisters and whites of goodwill all over the country by rallying at Serenity Church, 2016 North Lee Street here in Valdosta, at 10:00 Tuesday Morning, and then motorcade to the courthouse for a march and rally. We expect a large crowd, and would like very much for you, your family and friends to join us.

END_OF_DOCUMENT_TOKEN_TO_BE_REPLACED

Several hundred people, mostly labor union members, rallied Saturday at the Georgia Capitol against the state’s new law targeting illegal immigrants. It was the latest in a string of actions by opponents to protest the law.

The Rev. Al Sharpton told the crowd the law violates civil and human rights and will lead to racial profiling of U.S. citizens and others who are in the country legally.

“We’re going to stop it here before it goes any further to other communities,” the New York-based minister and civil rights activist said. “We cannot have a nation where, based on your language or your race, determines your rights. Your rights must be determined by the fact that we’re all equal.”

The Washington Examiner included a byline, by Kate Brumback, and an AP photo:

Ben Speight, a local Teamsters organizer, echoed those sentiments and said labor groups must get involved.

“Let’s get in the way of hate. Let’s build a social movement,” he said, to loud cheers. “Labor cannot be isolated. We’ve got to reach out to the community and stand up against hate.”

Weekly rallies; an interesting development on a subject that unites urban union members and rural farmers.