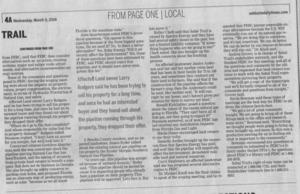 Concerned citizens Gretchen Quarterman said she was concerned about the pipeline moving Natural Gas that has been fracked, and the taking of property from private land owners to benefit a company that does not do business in Georgia. She also brought up safety concerns regarding sink holes, and proposed Florida use an alternate way of producing energy, such as solar “because as we all know Florida is the sunshine state.” END_OF_DOCUMENT_TOKEN_TO_BE_REPLACED 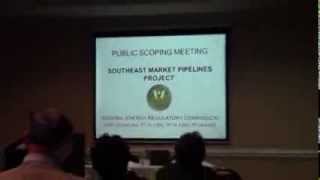