That’s longer than many of their in-person meetings, maybe because the Chairman had the Clerk call roll for the Commissioners for each vote. Both votes were unanimous with no discussion. Nobody explained why these items were important enough for a Special Called Meeting. 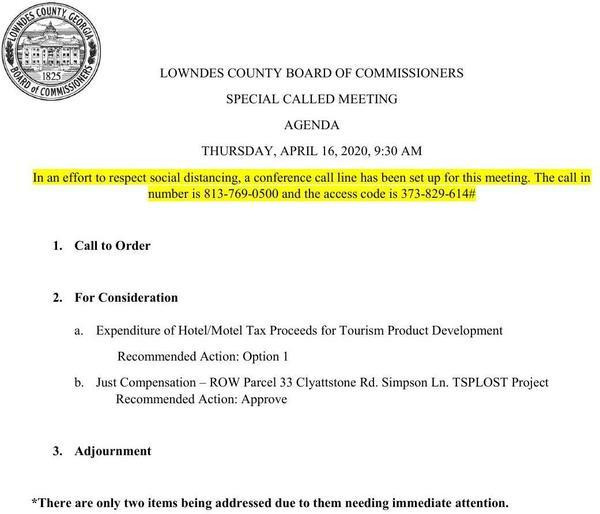 As predicted, all citizens on the call were muted and had no opportunity to speak. We shall see whether a video appears on the county’s YouTube channel.