They vote 5:30 PM this evening on what they discussed this morning. Longest at two minutes was 5 g. Abandonment of McLeod Road, followed by 5 i. Speed Zone Ordinance (apparently something was not right at exit 2), and then at just under a minute: 6 a. Paving on Parker Road and Simpson Road. Will Scruggs or Reames get the $2 million-plus contract for paving? (Hint: Reames is the low bidder.) 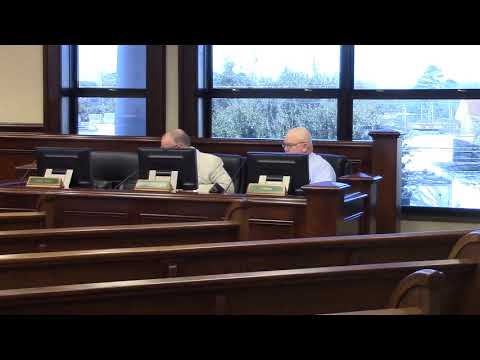 Finally, after 9. Adjournment, there was a reminder of some mystery swearing in at 5PM.

Below are links to each LAKE video of each agenda item, followed by a LAKE video playlist. See also the previous post with the agenda and some questions about Simpson Road. And see last month’s approval of paying for right of way on Simpson Road.