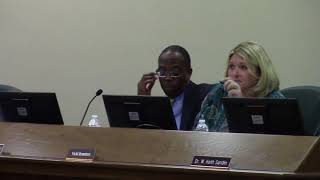 They nominated the same Chair and Vice-Chair as currently: Franklin Bailey and Jody Hall. County Planner Jason Davenport pointed out traditionally they rotate every two years, but the Commission could decide to keep the same officers, and they did.