You can also write a letter of support. Please send it today before the sentencing hearing 9AM December 18, 2017.

Nydia Tisdale is an inspiration for everyone who is in favor of the First Amendment, especially citizen journalists such as ourselves. Her years of educating local governments about Georgia’s open meetings laws by handing out materials, and of shining a light on local government activities by videoing their meetings, are exemplary and should be emulated, not punished. 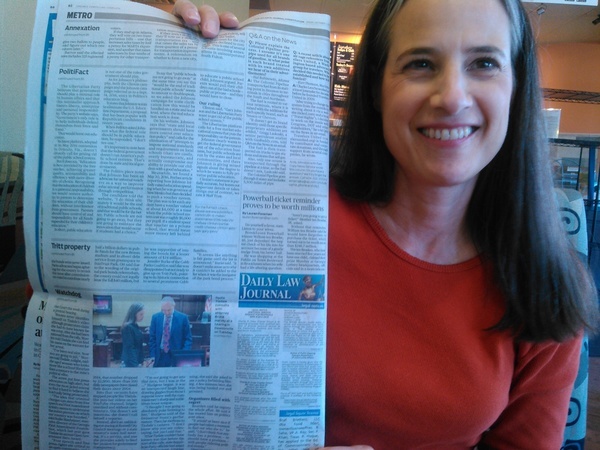 The misdemeanor conviction of Nydia Tisdale makes no sense, since she was acquitted of the other charges. She did nothing wrong when she resisted an assailant unknown to her who removed her forcibly from videoing a public meeting to which she was not only invited: she helped advertise that meeting. We urge you to sentence her to no penalties.

For years Lowndes Area Knowledge Exchange (LAKE) has been videoing local government and other public meetings, and putting them on YouTube, usually followed by an interpretive blog post. The conviction of Nydia Tisdale has already had a chilling effect on our work. Governor Nathan Deal spoke in Valdosta recently, and we felt compelled to ask permission for videoing not only of the president of the Chamber of Commerce that hosted the event, but also of the governor’s entourage, with the Valdosta-Lowndes County Chamber of Commerce president as witness.

Nydia Tisdale does not deserve punishment; she deserves honor. And in fact she already received the 2015 Open Government Hero Award from the Georgia First Amendment Foundation as an “exemplary advocate deserving of recognition.” We ask you to honor Nydia Tisdale further by voiding any sentence in her case.