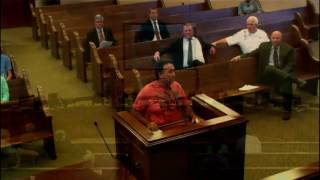 The T-SPLOST motion passed, but as a very unusual split vote, two weeks ago in the Lowndes County Commission Regular Session, 9 May 2017.

Vice-Chair Joyce Evans presiding, they spent about five minutes on this item, including a speech by Sheriff Ashley Paulk, in which he said his department would be having a bigger presence. Chairman Bill Slaughter returned from his “good little trip” some time in there and took up the gavel after the minutes to be approved.

They reappointed Gretchen Quarterman. It was 1 for Michael Cooper and 4 for Victoria Copeland to fill the seat from which Dr. Willie Houseal is retiring. They voted visibly by raising their hands.

only the applicant spoke for, with nobody speaking against, and the Commission unanimously approved the split rezoning.

Both Planning Commission and staff recommended approval, and that’s what they did, with nobody from the audience speaking for or against.

8.b. Quit Claim Deed for Excess Right of Way off Boring Pond Lane,

Tabled indefinitely due to county attorney speaking to applicant, with no further explanation.

County Engineer Mike Fletcher said 11 of 19 counties in the region “have already approved a regional T-SPLOST”. Commissioner Demarcus Marshall asked how much this would affect LMIG. Fletcher said the county’s match would drop to 10% from 30%. Marshall moved to support the regional T-SPLOST. There was a second (I think Wisenbaker). The vote was 3 to 2 and the motion passed.

9.a. Bids and Contract for the construction of a new Naylor Community Center

Project Manager Chad McLeod said they’d negotiated a bunch of savings, the County Clerk had the contracts in hand, and he recommended them approving the quarter million dollar project, which they did unanimously. Commissioner Demarcus Marshall wondered when they would be breaking ground. Answer: once the contracts were signed, they would get together and set a date.

There was no report from the County Manager, and no Citizens Wishing to Be Heard.