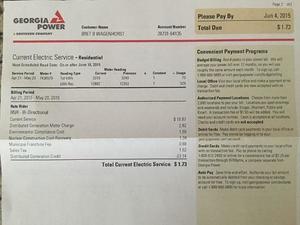 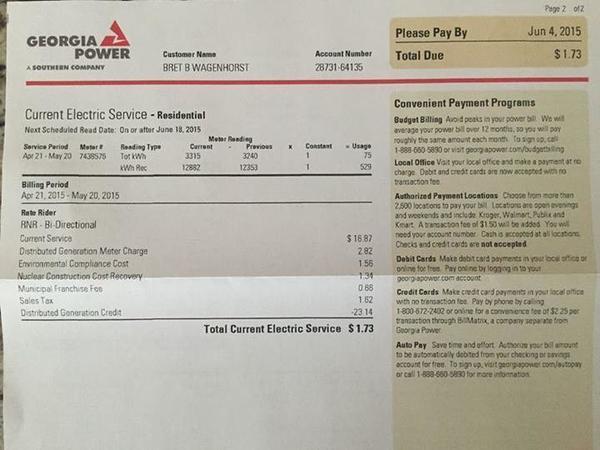 Georgia Power for two years couldn’t get a schedule from its own contractors at Plant Vogtle, leading even usually pro-nuke Georgia Public Commissioner H. Doug Everett (Commissioner for south Georgia) to remark:

We haven’t seen any results.

Everett also called the lack of a schedule “imprudent”.

Let’s not forget that the existing Plant Vogtle units 1 and 2 leak radioactive tritium into the Savannah River and sometimes catches fire, while Southern Nuclear’s Plants Hatch on the Altamaha and Farley on the Chattahoochee also leak tritium and have chronic fire safety problems. What else may be faulty at all those plants is not clear, considering some of their parts come from the document-forging Korean nuclear mafia.

Eventually even Georgia Power and Southern Company may admit that new nukes make no financial sense, not to mention sucking up more water than the city of Savannah and remaining hazardous for many generations. Then maybe we can shut them down along with the coal plants Georgia Power already is shutting down. Beware that Georgia Power can charge ratepayers even if it’s cancelled, like Duke is doing with Progress Energy’s closed Crystal River nuke in Florida.

Unlike Duke’s recommendation, let’s not shift to no-better fracked methane pipelines; we can go straight to clean, renewable sun, wind, and water power.

Yep, Georgia Power is charging for a solar meter. It could have been worse. Georgia Power wanted to impose a $60/month solar connection fee like Dominion Power got away with in Virginia. Fortunately, Georgia Sierra Club and others organized a groundswell of opposition and that fee never even got proposed to GA PSC.

If you look closely at the bill, you can also see that I generate about seven times as much electricity as I use. Unfortunately, the power company doesn’t pay/credit me the same per kW hr as I pay them. I realize that they have a lot of infrastructure investment, but I wonder if they appreciate what my costs were for the infrastructure (i.e. solar panels) to generate kW hrs. for them. Hmmm……,

I’m not sure what Georgia Power’s rates are, but I pay Colquitt EMC 10 cents / kwh while CEMC pays me 4.5 cents / kwh, so even though I send CEMC far more power than I get from them, I still end up paying the power company (almost) every month.

This is because while the O.C.G.A. § 46-3-50 The Georgia Cogeneration and Distributed Generation Act of 2001 requires your electric utility to buy power you generate, it also lets that utility set the rate. Specifically, utilities set it at what they call their “avoided rate”, which is what they claim they’d have to pay to generate the same amount of power elsewhere. Nevermind the utility actually saves by no line losses for locally generated power, plus not having to build more power plants soon if ever,’ as Austin Energy discovered in a study in 2013. Minnesota discovered the same thing in 2014, adding in less pollution and reliable fixed price power for decades. So actually Georgia Power and CEMC should be paying more for locally generated solar power than they’re charging customers. Me, I’d be happy with getting the same rate I pay, and simple one-to-one net metering is also what many solar advocates recommend.

And things are already changing rapidly. Back in 2003, Austin Energy, formerly anti-solar, ran the numbers and discovered that through solar rebates it could get as much energy as building a coal plant, and get it faster, on time, on budget, and distributed so it doesn’t fail as often. So Austin Energy did that, suddenly turning into a solar champion.

But it’s happening. Georgia Power is doing four 30 MW solar plants at four military bases in Georgia. This helps the U.S. military in its goal to switch to renewable energy to reduce casualties and vulnerabilities and to prevent wars.

Plus Georgia Power is buying or building numerous other solar plants all over Georgia, including 99 MW in Decatur County.

Perhaps most significantly, Georgia Power claims credit for the new solar power purchase agreement law. That never would have happened if not for years of statewide activism. Activism that finally resulted in both houses of the most corruption-prone legislature in the country unanimously passing and a governor who took campaign finance funds from a long list of fossil fuel companies signing HB 57, a law that lets solar installers offer third party financing. Such Power Purchase Agreements are how SolarCity and others in other states offer zero-down financing with payments less than the former electric bill, with complete payoff usually in five to ten years. Now that’s possible in Georgia.

Right now Georgia Power has billboards all over Valdosta promoting solar power, which seems to be anticipating Southern Company CEO Tom Fanning’s promise at the May 2015 Stockholder Meeting that people would be able to buy solar panels for their roof from SO this July. More on that in another blog post.

So while Georgia Power and Southern Company are still unfortunately pushing their last-century nuke boondoggle, they’re also finally seriously promoting solar power. And as they enter the fast-growing industry in the country, they’ll soon discover that nukes will be left to dry in the rising sun.