One of the (many) meetings that LAKE has not been covering is the Valdosta Historic Preservation Commission. 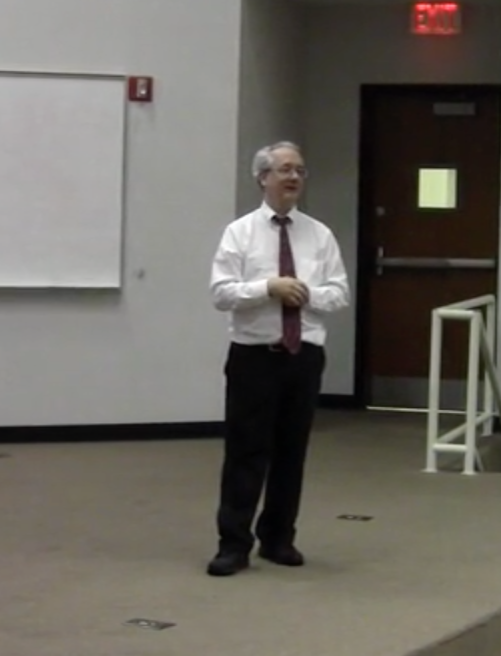 At the October 2014 meeting, the commission considered the issue of the Nichols House (corner of Baytree and Azalea). Alfred Willis sent his comments from that meeting to LAKE for publication.

Earlier in the month, LAKE covered Dr. Willis’ presentation at VSU about the Nichols House article here and video playlist .

I am Alfred Willis of 4153 Stone Hall Boulevard, Hermitage, TN. I am a consultant in architectural history and I speak for my clients, the Alden Park Homeowners’ Association. My clients engaged me to study a group of buildings threatened with demolition as part of a proposed student-housing complex. They were concerned by how designs for the project were being misrepresented by its proponents in their filings as standing upon a tabula rasa within a social void. They wished to provide City and County officials with the missing historical data required to inform their consideration of an application to rezone the properties occupied by the threatened buildings. In the course of my study, it became clear that one of them, the George and Beverly Nichols house, has exceptional significance. My clients recognized it as a civic duty to bring that significance to the City’s attention by filing an Application for Historic Property Designation on behalf of the house that embodies it. The goal of that filing was and is to help the City of Valdosta meet its mission of promoting “the general welfare, aesthetics and public education of the citizens of the City of Valdosta through the perpetuation of areas and individual structures that provide a valuable sense of civic pride, contain genuine historic significance and promote the enjoyment of cultural heritage.” [Section 238-1-B-1]

Much of my research focused on the bi-nuclear form of the Nichols house, but it was by no means limited to that aspect. Indeed I have found the house to command attention for many reasons. It documents historical trends of statewide and even national import. I have shared my findings with the City, the general public, and experts nationwide. No one has challenged them. The Nichols house, already signaled as an historic resource by inclusion in the 2003 Historic Resources Survey of Lowndes County, is now widely recognized as such.

Does Valdosta wish to retain the city’s first, most characteristic, most outstanding, and best preserved example of the bi-nuclear house, a rarely encountered type whose underlying planning principle nevertheless had a decisive impact on American domestic architecture of the past eighty years, and of which no aesthetically superior example exists or has ever existed in Valdosta?

Does Valdosta wish to retain the city’s finest house of any type of the early 1950s? the earliest, most architecturally outstanding, and most intact of the city’s every few remaining local examples of Ultramodern architecture? the last building designed by Lloyd Greer prior to his death in 1952?

Does Valdosta wish to retain even one part of an aesthetically superior ensemble of houses designed by Greer and now constituting (at the corner of Baytree and Azalea) the best example of his achievements in urban design?

Does Valdosta wish to avoid foreclosing one of its chief remaining options for developing postwar heritage tourism?

The present occasion for the City’s assessment of those historical questions is itself historic. Apparently for the first time Valdosta considers an historic structure on its own merits, outside the bounds of an historic district or other grouping. For the first time Valdosta takes stock of a postwar structure and its value to the City’s heritage. Meanwhile the eschatological character of this occasion is unmistakable. The Nichols house has already become Valdosta’s Penn Station. It has attained that status as a by-product of historical changes in local attitudes toward a planning process whose direction is now diametrically opposed to that in which it was set in 1953 – the year of the Nichols house’s completion — by Valdosta’s first Zoning Ordinance.

Over the past ten years Valdosta has lost much of a Modernist heritage that once was unrivaled in South Georgia. The Nichols house, which arrived here as a prophet of Modernism, now appears upon a scene of calamity in the role of one of Job’s servants – the last of its kind and quality, almost the only building left to tell what the 1950s meant to The Azalea City. What it tells provides the key to unlocking the significance of all of the rest of Valdosta’s surviving postwar heritage.

The postwar decade saw some of the most momentous developments ever to affect Lowndes County. It was a time of major investment, industrialization, economic diversification, in-migration, and social change. The family of George Nichols, who moved here from California to set up Valdosta’s first plywood plant, epitomized all of those trends, as well as another: the rise of cultural sophistication to levels never before achieved here. One manifestation of that last trend was sudden awareness of Valdosta’s architectural heritage, and of the need to preserve it, catalyzed by the Garden Club’s campaign from 1950 to 1953 to save The Crescent. Another was a decided shift in the architectural taste of elite Valdostans to Modernism. The coincidence of those manifestations appeared pointedly in the office of Lloyd Greer, who designed the ultramodern Nichols house at precisely the same time he was working to restore The Crescent.

The existence of three Modern houses in Valdosta at the time the Nichols house was designed in 1950, far from diminishing its status as a pioneering work, enhances it. For the Nichols house outstripped them all in conceptual daring and formal invention. It ranks as Valdosta’s first radically Modern house. As such, it was designed with astonishing care and built using the best materials to a standard of perfection seldom equaled in southern Georgia. As an artistic and technical achievement it is the only peer of The Crescent and the lord over all the other built works of the architect whose career it crowned.

The Nichols house highlights the leading role Valdosta played in the decentralization of architectural practice in Georgia. When Greer came to remote Valdosta from Atlanta in the early 1900s, his removal required great professional courage. By the end of his career, when Valdosta’s cadre of architects was expanding to include not only young designers who had been trained in Atlanta but even some whose training had by-passed Atlanta altogether, the centrality of Atlanta to Georgia’s building world had considerably diminished. The Nichols house represents the moment when Georgians living in places like Valdosta, could at last take local charge of the architectural future of their communities.

Most significantly the form and fabric of the Nichols house record the challenge it proposed to Valdosta’s self-image circa 1953. To a town that up to 1950 could make do with stock-plan houses or, in the ‘better’ neighborhoods, pale reflections of what got depicted in the less fancy lifestyle magazines, the Nichols house laid out the possibilities opened up by unabashed originality. To a town whose social life was closed and conservative, the Nichols house opened up options for living in a way that made the uncertainties of contemporary life not just manageable but enjoyable. It celebrated entrepreneurship. Its bi-nuclear form suggested a new way of expressing commitment to traditional family values, while its siting taught a lesson in the enduring worth of civic art. It stopped Valdostans and made them think. It still does.

The Nichols house is a pearl of great price, left as a gift to Valdosta’s posterity. The total of its price no accountant can tally. But the price itself is plainly displayed for all to see, written as by an unseen hand in memorable figures upon its own walls.

We reserve any remaining time for rebuttal.

The Valdosta City Council will consider this Nichols House tonight (October 23, 2014) at their meeting at 5:30 at Valdosta City Hall Council Chambers.