So many I’ve lost track; somebody help me…. 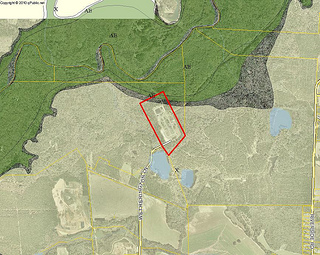 Due to continued heavy rains in Valdosta and surrounding areas in recent days, moderate flooding of the Little and Withlacoochee Rivers caused a hydraulic overload at the Withlacoochee Wastewater Treatment Plant. As a result of a peak hourly flow of 15.58 million gallons, the incident led to a discharge of total suspended solids in excess of the National Pollutant Discharge Elimination System (NPDES) permit limit.

The total suspended solids result for the effluent sample collected August 22, 2013 was 203 milligrams per liter. This is greater than 1.5 times the weekly average of 45 milligrams per liter allowed by the NPDES permit, which constitutes a major spill. The volume of the major spill into the Withlacoochee River is the total flow for August 22, which is 12.1 million gallons. The discharge was not raw sewage but rather a combination of large volumes of storm water and substantially treated wastewater, some of which did not fully complete the final treatment process.

The Environmental Protection Division (EPD) classifies these permit violations as “spills,” leading most to believe it is raw sewage. However, a spill, as in this case and in the overwhelming majority of the incidences at the treatment plant, is a result of higher-than-usual volumes of storm water entering the sewer collection system. This combination of normal sewer flow and substantial storm water inflow during major rain events hydraulically overwhelms and short circuits some of the wastewater treatment process capabilities causing some solids to be washed from the final treatment processes. The city is required by EPD permit regulations to report this as a spill, even though the water discharged into the local waterways is not raw sewage but a combination of mostly storm water and almost completely treated sewage.

The city continues to work closely with the design consultant and contractor who are on site at the plant implementing seven projects over the next several months that, once in place, will help keep the WWTP in compliance with the NPDES permit until the relocation of the plant is complete. City officials are hopeful that the short-term projects will provide the relief needed to minimize and avoid any further permit violations until the relocation of the WWTP is accomplished. The city is also preparing to issue a design/build RFP for the relocation of the plant, which is expected to cost $20 million and be completed by November 2015. Click here for more information on WWTP projects.

Warning signs have been placed downstream, and stream sampling of the Withlacoochee River has been initiated as required. For more information, contact Environmental Manager John Waite at (229) 259-3592 or at jwaite@valdostacity.com.

2 thoughts on “Fourth or fifth flooding at Valdosta’s Withlacoochee Wastewater plant this year?”