No letters from Lowndes County back to Sabal Trail were included in the open records response of last week, so should we conclude the county has not authorized surveys on any of its properties?

The request to Lowndes County was for correspondence with Sabal Trail Transmission LLC about the proposed natural gas pipeline from Anniston, Alabama to Orlando, Florida, and the response included survey authorization forms for a list of parcels owned by Lowndes County, plus assorted descriptions and maps with very little detail. Sabal Trail still didn’t have a contract with Florida Power and Light, yet expected:

“Field survey work is scheduled to begin in September 2013.” 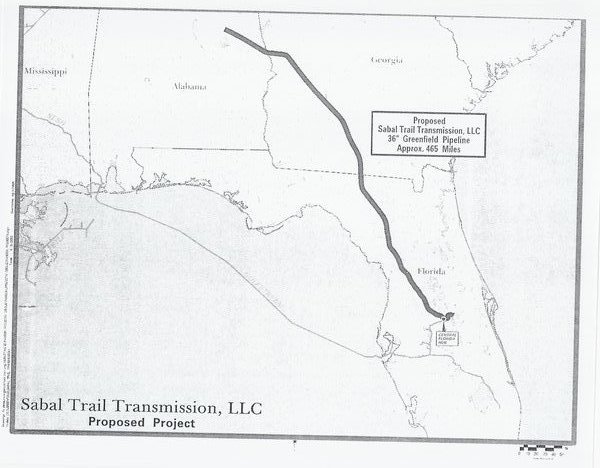 Apparently Sabal Trail thought of another one, because a few weeks later they sent a cover letter 15 July 2013 for Parcels 0098 003, 0098 004 with a slightly more detailed map, followed a few days later by a survey authorization form 19 July 2013.

Map of Options A and B

Scans of all these letters are on the LAKE website.