You, too, can end up as a 21st century slave in the U.S.A.! For drugs, or debt, or especially for being black.

Rania Khalek wrote for AlterNet 21 July 2011, 21st-Century Slaves: How Corporations Exploit Prison Labor: In the eyes of the corporation, inmate labor is a brilliant strategy in the eternal quest to maximize profit.

There is one group of American workers so disenfranchised that corporations are able to get away with paying them wages that rival those of third-world sweatshops. These laborers have been legally stripped of their political, economic and social rights and ultimately relegated to second-class citizens. They are banned from unionizing, violently silenced from speaking out and forced to work for little to no wages. This marginalization renders them practically invisible, as they are kept hidden from society with no available recourse to improve their circumstances or change their plight.

They are the 2.3 million American prisoners locked behind bars where we cannot see or hear them. And they are modern-day slaves of the 21st century.

And who are these prison slaves?

The costs of this incarceration industry are far from evenly distributed, with the impact of excessive incarceration falling predominantly on African-American communities. Although black people make up just 13 percent of the overall population, they account for 40 percent of US prisoners. According to the Bureau of Justice Statistics (BJS), black males are incarcerated at a rate more than 6.5 times that of white males and 2.5 that of Hispanic males and black females are incarcerated at approximately three times the rate of white females and twice that of Hispanic females.

Mostly black. Like the one pictured working on Lakeland City Hall.

Michelle Alexander calls it The New Jim Crow. Seems like she’s understating it. Whenever I repeat her easily documented assertion that

…more black men are in jail, on probation, or on parole than were enslaved in 1850.

Someone always pipes up and says “but the black population is much larger now!” OK, let’s hear you justify black (and white) people being enslaved in the U.S.A. today. Does it make it OK that there are many more blacks to choose from?

Remember, it’s even Constitutional, according to the Thirteenth Amendment:

“Neither slavery nor involuntary servitude, except as a punishment for crime whereof the party shall have been duly convicted, shall exist within the United States, or any place subject to their jurisdiction.”

That’s right: the thirteenth amendment didn’t actually abolish slavery. It just said some crime has to be trumped up to convict people for first. Like possession of tiny amounts of marijuana. Or not being able to pay your probation officer because you can’t get a job because you’re an ex-con. Or… So many choices!

If you aren’t black and don’t smoke weed, don’t despair, you can become a prison slave, too: 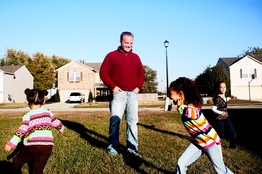 There has also been a disturbing reemergence of the debtors’ prison, which should serve as an ominous sign of our dangerous reliance on prisons to manage any and all of society’s problems. According to the Wall Street Journal more than a third of all U.S. states allow borrowers who can’t or won’t pay to be jailed. They found that judges signed off on more than 5,000 such warrants since the start of 2010 in nine counties. It appears that any act that can be criminalized in the era of private prisons and inmate labor will certainly end in jail time, further increasing the ranks of the captive workforce.

I know somebody is going to say “they can’t be slaves if they get paid.” That’s actually not true:

[Thomas] Jefferson encouraged hard work through incentives and paid slaves for jobs that he considered beyond their normal workload.

So come on, think up some other excuse for modern-day slavery in the U.S.A.! Or do the right thing: let’s call off the War on Drugs and ramp down the prison system back to pre-1980 levels. And end prison slave labor.

We don’t need a private prison in Lowndes County, Georgia. Spend that tax money on rehabilitation and education instead.