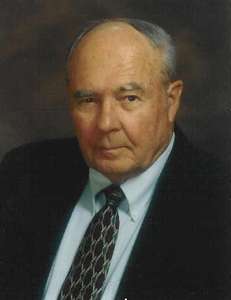 Update 13 Feb 2011: A very nice biography and tribute in the VDT today. His birth year is corrected in the title of this post.
According to the VDT today [12 Feb 2011]:

Two weeks ago he spoke as he was being honored at the Lake Park Chamber of Commerce Annual Dinner:

Here are videos of all the tributes to Sheriff Carter that evening.

Commissioner Carter did not attend the ribbon cutting for the paving of Quarterman Road, but he at least as much as anyone else was responsible for the remaining canopy you can see in the background. When the rest of the commission and staff were not interested in talking, he talked to us at length and got others in the county government involved. We did wait until the trouble started, but he did help get us out of it.

G. Robert Carter will be missed.