Apartments are expensive to local governments, developers don’t sue unless there is actual discrimination (which there isn’t in this case), water use is a big issue, and the primary responsibility of elected officials is to the citizens who elect them: Judge Wayne Ellerbee made these and other points relevant to many rezoning requests as he spoke for some of the opponents at the Lake Park Brookhaven rezoning.

He pointing out that the question before the Lake Park City Council was the rezoning, but the developers needed to take into account the effects on the entire city of Lake Park. He mentioned studies from the University of Georgia saying that the most expensive zoning END_OF_DOCUMENT_TOKEN_TO_BE_REPLACED 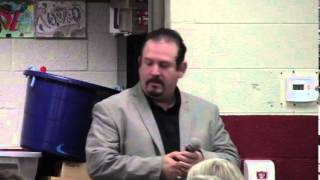 “A molehill to cover up an eyesore” pretty much summed up the neighbors’ opinions. Some of the usual local lawyers seemed surprised at the number and sophistication of the rezoning opponents, as you can see in these videos of the public hearing for the Brookhaven apartment building proposed rezoning. The Lake Park City Council took its duties to its citizens seriously, holding a separate zoning meeting just for this one subject.