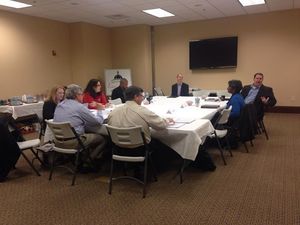 The second day of the Commission retreat is finished. Reporting from location, Gretchen noted:

Chairman Bill Slaughter has a five year goal of making broadband available. Some possibility of creating a fibre ring. He says he’s working with the City of Valdosta.

Well, a year ago in February he said broadband was “one of the number one issues”, but in October he said “we have broadband”, so it’s anyone’s guess what his opinion will be in a few months.

That’s working so well, after all; see the next note.

END_OF_DOCUMENT_TOKEN_TO_BE_REPLACED 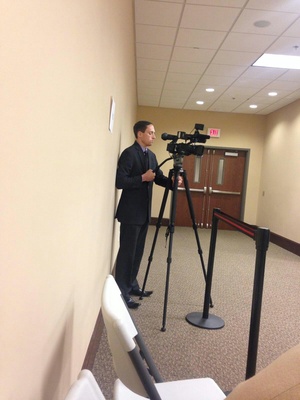 Got a TV camera in there this morning. 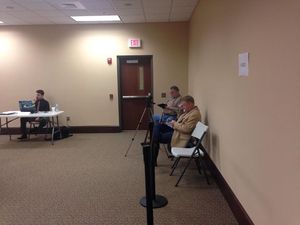 END_OF_DOCUMENT_TOKEN_TO_BE_REPLACED

What about supplier diversity outreach efforts at Southern Company (SO), asked David (didn’t get his last name; sorry). SO CEO Thomas A. Fanning responded that those efforts were critically important, and part of how they got paid. CEO Fanning added:

When you think about building a nuclear plant, you’re procuring great big huge scale equipment. The minority suppliers really don’t lend themselves to say a gigantic steam turbine or a reactor vessel. But where we can use diverse suppliers in our supply chain efforts, we absolutely do undertake to make sure that they have an opportunity to compete for the business, and we can coach them along to make sure that they are ultimately successful.

Perhaps this monoculture of suppliers for huge equipment is yet another flaw in building mainframes in a networked-tablet world. They could get a lot more diversity by deploying solar power plants throughout sunny south Georgia, especially if they included financing housetop and business roof solar.

Earlier CEO Fanning had gone on at some length about diversity on SO’s all-white board, saying that SO didn’t measure diversity by such metrics as race or ethnicity or gender. Some people wonder if they measure it by different majors at Auburn or Georgia Tech. Not to be ungenerous, I do applaud SO for their diversity outreach efforts.