Council Sandra Tooley brought up some interesting issues in the last five minutes of the August 11, 2022, Valdosta City Council meeting. 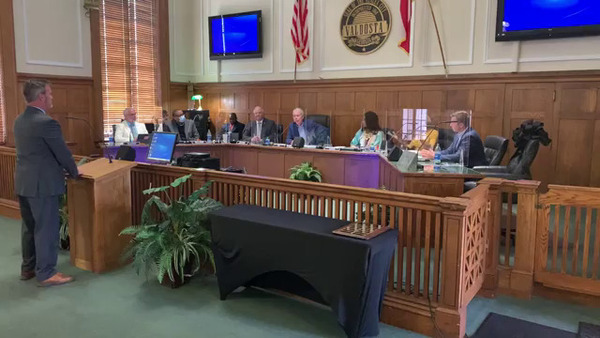 The Mayor said they had a request for an Executive Session, and asked for a motion. Council Tim Carroll wondered why.

See for yourself in this excerpt of Valdosta’s own facebook live video of the meeting.

She said four people had said that to her the previous day. For example a case of grass not getting cut. Also Valdosta police.

“A lot of people have a lot of things going on in their departments.”

She mentioned a Click ‘n’ Fix about a drainage ditch, after talking to City Marshals and other departments, the citizen said he didn’t want to keep calling the city because he thought they would start harrassing them after he did what he said they told him to do. “So when we ask them to do, why they won’t do?”

She said there were more.

Council Tim Carroll asked the City Attorney whether that subject falls under Executive Session rules. Attorney Timothy M. Tanner said it was difficult to say without details, which they would have to decide in the Executive Session. Council Tooley said she did not want to talk about details in the open meeting.

They voted on the motion for Executive Session. As near as I can tell, everybody raised their hand for, except Tim Carroll, who sat with clasped hands. So they went into Executive Session, and Valdosta’s livestream ended.