Council Sonny Vickers was welcomed back warmly after abscence due to illness (I welcomed him before the meeting). Later, he thanked staff and council for their assistance. 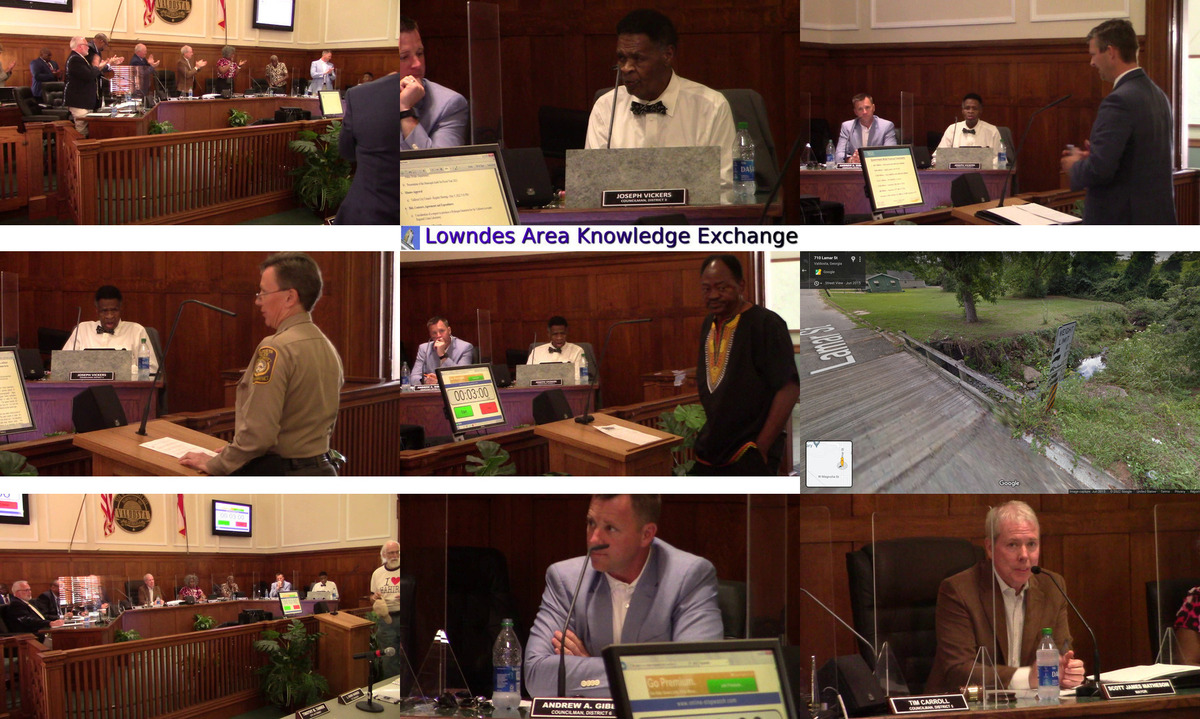 Mayor Scott James added two council members each as observers to each of the ARPA fund disbursment committees, for non-profits and for for-profit businesses.

After Suwannee Riverkeeper John S. Quarterman asked for action about trash, Council Andy Gibbs and Mayor James vied for who would get to announce what the city had already done. Mayor James in Council Comments announced the city had ordered its first trash trap, for Sugar Creek below the Salty Snapper, and more were planned. Afterwards, Public Works Director Richard Hardy told me the trash boom is a WaterGoat. See also Videos: Valdosta Mayor announces first trash trap @ VCC 2022-05-19.

And Thomas Henderson III asked for something to be done about a wooden bridge on Lamar Street over Browns Canal. Council Vickers and City Manager Barber said they had called in GDOT, which was working up a plan.

Below are links to each LAKE video of each agenda item, with a few notes, followed by a LAKE video playlist. See also the agenda, and the board packet, received in response to a LAKE open records request.