The one case at ZBOA last month, a duplex on Eager Road in Valdosta, was quite contentious, because of its potential intended use.

The first speaker against, Deb Cox, wanted to know if it would be used as a halfway house for felons. The applicant, Lawton White, said, “stated he rented some properties to Greenleaf for folks who were attending Alcoholics Anonymous, and while this was not one of those properties, two people who are licensed for such treatment wanted to rent a property for similar type folks.”

Ms. Cox came with many facts and figures, not surprising, since she also happens to be the Lowndes County Supervisor of Elections. Much discussion ensued. 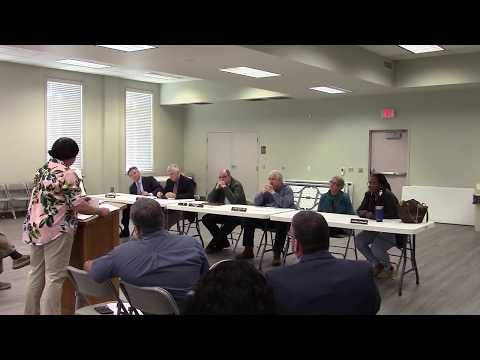 However, “Mrs. Quarterman stated that ZBOA’s concern was land use, not who lives in them. Mrs. Quarterman stated that if it had not become nonconforming, it would not be on the agenda. Mrs. Quarterman asked if there was a condition placed on the approval, if the Board decided to approve, that stated no halfway houses were to occupy the property, would that alleviate any concerns? Ms. Cox stated it would not, that the duplex still lowers property values. Ms. Cox stated they had more property owners moving in rather than renters, and she was happy with that.”

The final outcome was: “Mrs. Quarterman made a motion to approve as presented with two conditions–that the duplex building may not be enlarged or expanded and shall not be occupied by more than two residents each (for four residents total), and the existing vegetative buffer in the rear yard along the northern and eastern property lines shall remain undisturbed. Vice-Chairman Strickland seconded the motion. The motion was called and carried with a vote of 5 to 0.”

See also the agenda and the board packet, courtesy ZBOA member Gretchen Quarterman. Plus the minutes, which have much more detail.