Well, I’ve never seen this before, in a dozen years of watching this Planning Commission: an applicant opposing his own annexation request. 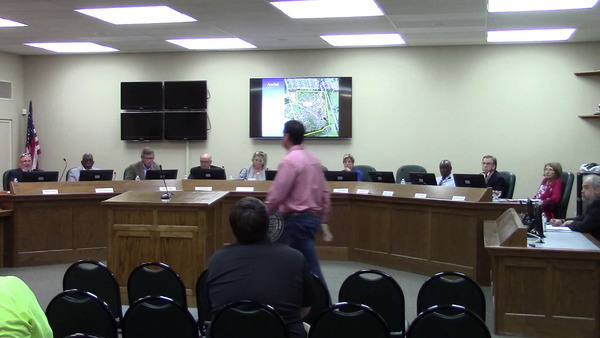 I asked the applicant afterwards, and he said he’d done it only once before, in fifteen years.

This was after the Planning Commissioners voted to approve his rezoning request, but to deny his request for a residential Planned Develepment on 59.63 acres in R-10 zoning. Commissioners then voted to recommend denial of he annexation, too. The actual decisions on all three of his requests were left to the Hahira Mayor-Council on Thursday, November 7, 2019. There appears to be no report in the Valdosta Daily Times, and Hahira has posted no minutes since March.

Back at the Planning Commission, the Remerton new downtown building item sailed through in less than five minutes, as did the person service CUP in Valdosta.

The City of Valdosta request for a rezoning was controversial, because at least one Commissioner didn’t like rezoning without an application by the landowner. The application for two residential duplexes in Hahira was mildly controversial because of buffers.

Below are links to each LAKE video, followed by a LAKE video playlist. See also the agenda.