At a monthly meeting held during an election, the Lowndes County Board of Elections decided to re-open a polling station at a Valdosta State University (VSU) precinct, which hasn’t happened since 2009. The next step is for the VSU President to make a decision. Then, students, step up and staff it, and vote, please! 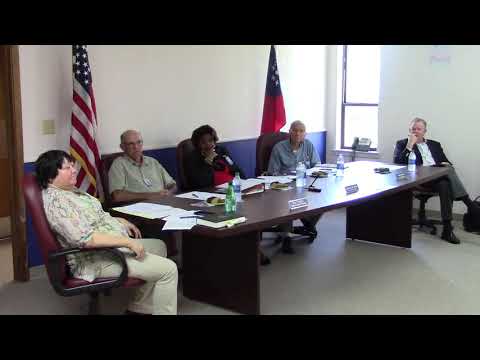 VALDOSTA — The American Civil Liberties Union of Georgia plans to attend the Lowndes County Board of Elections meeting Tuesday.

This comes after the ACLU sent Deb Cox, elections supervisor, a letter urging the election board to open a polling location at the Valdosta State University main campus.

Cox responded to the letter by inviting the ACLU to the Board of Elections meeting 4:30 p.m. Tuesday, March 12, at the elections office at 2808 N. Oak St.

In her response to the letter, Cox said the polling place was closed because students, faculty and staff did not utilize the location for early voting or Election Day voting.

“On a campus of thousands, 1,097 were registered to vote in that precinct,” Cox said. “Thirty-two actually voted, and only eight voted in the VSU polling place. The rest voted early or by mail, and there was only one provisional vote.”

She said many VSU students who vote either vote by mail or returning to their home counties and do not change their voter registration to Lowndes.

The ACLU letter stated the closure of the VSU polling location would have a “disproportionate impact on people of color.”

There’s more in that article, including:

The biggest problem, she said, is obtaining poll workers.

“We currently can’t recruit enough poll workers to staff the nine current precincts,” Cox said. “College students are notorious for not showing up for training or on Election Day. Georgia law requires a minimum staffing of three persons, which is insufficient to run a polling place.”

Cox said in her response that there were positives to reopening a VSU polling place in November 2019.

It would get students used to the idea of voting on campus before 2020 and possibly encourage voting among the college population, instructors and staff.

“Encouraging students to register to vote in Lowndes County would resolve a lot of issues,” Cox said. “The timing may be right to try a polling place on campus again, if students would step up and commit to being poll workers and attending training.