Solar passed both wind and natural gas in 2016 for most new U.S. electricity installed in a year. Yet Bloomberg still doesn’t quite get it: solar is growing exponentially, and is still on track to produce more U.S. electricity total than any other power source by 2023. 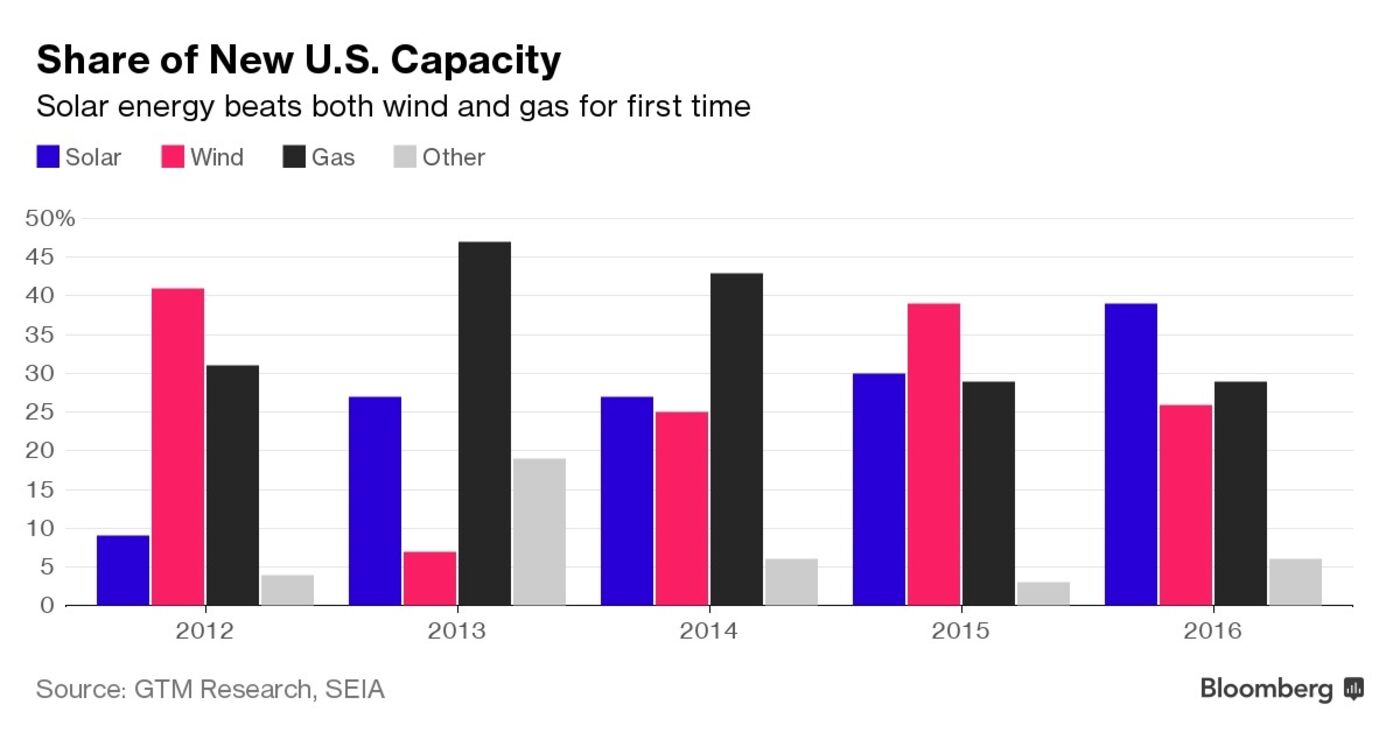 Solar developers installed a record 14.6 gigawatts in the U.S. last year, almost double the total from 2015 and enough to make photovoltaic panels the largest source of new electric capacity for the first time.

Solar panels on rooftops and fields accounted for 39 percent of new generation last year, according to a report Wednesday from GTM Research and the Solar Energy Industries Association. That beat the 29 percent contribution from natural gas and 26 percent from wind.

The story has some politics, then:

The solar industry employs 260,000 people and accounted for 2 percent of all new U.S. jobs last year,

The story doesn’t mention that the solar industry as of 2016 employs more people than coal, oil, and natural gas combined, according to the U.S. Department of Energy.

Back to the story:

and Republican and Democratic governors from 20 states sent the White House a letter Monday saying that clean energy is an important economic driver.

“What these numbers tell you is that the solar industry is a force to be reckoned with,” Abigail Ross Hopper, SEIA’s chief executive officer, said in a statement. “Solar’s economically winning hand is generating strong growth across all market segments.”

Total installations surged 95 percent from 2015, led by large fields of solar arrays, which generally cost less than putting panels on rooftops. Utility-scale development increased 145 percent last year, the most in the industry, as costs became increasingly competitive with power produced from gas, according to the report. 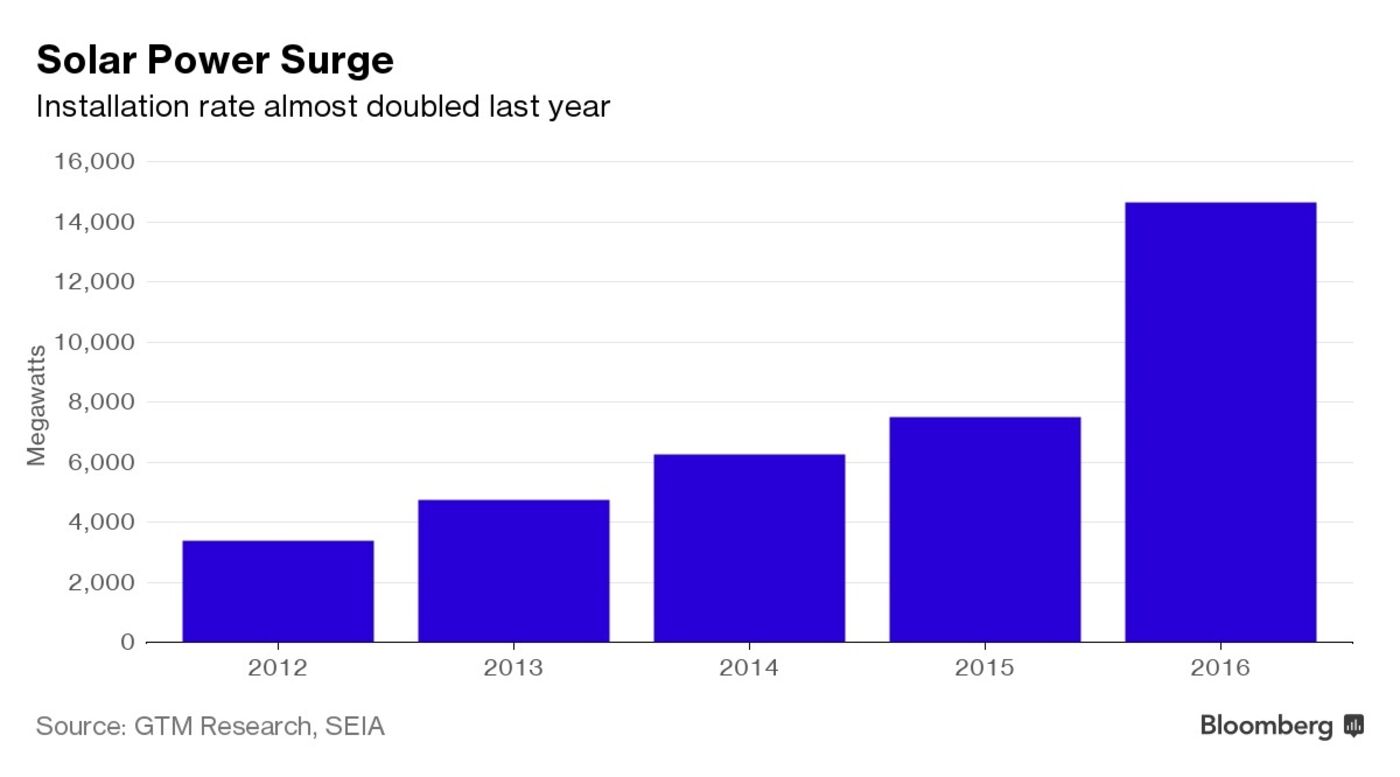 OK, all that’s good, and it’s better than FERC’s figures, which only show 7.748 MW of industry-scale solar installed in 2016. Adding in rooftop and community solar projects, as SEIA did, shows solar beat fracked methane for the first time: but far from the last.

But the story misses even bigger points. Solar power deployment has been doubling every two years (by FERC’s numbers, which are only utility-scale installations). That’s exponential growth, never mentioned in the story.

That growth will continue, with total installed capacity in the U.S. expected to reach 105 gigawatts by 2021, up from about 38 gigawatts today, according to Bloomberg New Energy Finance.

At the traditional FERC doubling-every-two-years exponential rate, we should see more like 38 * 2 * 2 = 152 GW by 2021. But that’s just at FERC’s utility-scale numbers. Adding in rooftop and community solar, as SEIA did, shows a huge surge last year. If that increased rate continues, we’ll see way more than 152 GW of U.S. solar power by 2021.

The story says even Alabama is showing solar growth. Maybe SEIA doesn’t know Alabama Power is a Southern Company (SO) subsidiary, and SO is pushing solar now.

“We don’t expect to see many years with nearly 100 percent growth that we had in 2016,” Baca said. “But we see a future where lower-level stable growth is achievable.”

Yes, some year solar growth will level out and go linear. But not this year, and not by 2021. There’s way too much room for growth left. And coal is already crashing. More on all that in a later post.