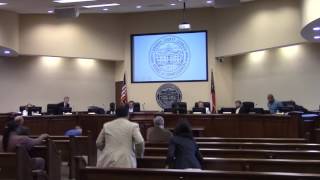 In a very unusual move, they tabled trust deed or a well system that a developer wants because he does not want to have property annexed into the city of Valdosta. Valdosta services are across the street. The Chairman said he asked the Engineer who asked the developer first.

Citizens Lawrence and Helen Williams expressed concern about dogs and a gun at a neighbor’s house.

They unanimously approved everything else on the agenda at the Regular Session of the Lowndes County Commission, Tuesday June 14th 2016.

Below are links to each LAKE videos, with a few notes, followed by a video playlist. See also the LAKE videos of the previous morning’s Work Session.