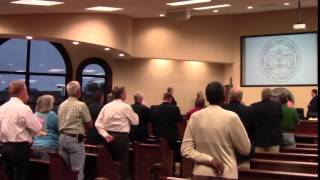 Some actual discussion! 20 minutes of it, on 6.b. REZ-2014-16 Bailey, Madison Hwy/Williams School Ln, at the 14 October 2014 Regular Session of the Lowndes County Commission. With no discussion, they approved a single-sourced pump replacement and the DA’s VOCA grant application. They abandoned Water Oak Trail (not Water Oaks Drive), and they reappointed Jody Hall to the Planning Commission with no discussion and no presentation by him. The county now has a twitter account, but the new website still isn’t ready, after how many months?

See the agenda and videos of the previous morning’s Work Session, and see the board packet LAKE acquired through an open records request and scanned and posted.