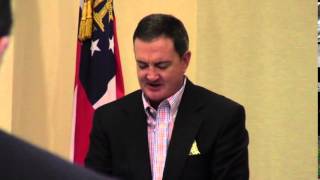 The Commission awarded no-bid contracts to Lovell Engineering (for Zipperer Road and Boring Pond Road) and ASA Engineering (for Coppage Road). Three of the seven board appointees showed up and spoke: Sam Allen and Penelope Schmidt for Library Board, and and Russell Mast for VLPRA. The Commission appointed all of them unanimously, including no-shows Terri Lupo to VLCIA, Martha Cunningham and Matt Lawrence to Library Board, and Susan Prince to VLPRA. Chairman Bill Slaughter consistently omitted the “Valdosta” from the names of all these boards, even though the reason VLCIA and VLPRA exist is a state law requirement for no overlap between uninincorporated and incorporated area taxation for such services.

There was no public hearing for Whitewater Road because the applicant withdrew it, and half of Nelson Hill was withdrawn while the other half was tabled.

Four of the nine contracts were approved all at once. Mr. Anti-Grant Commissioner Richard Raines actually made the motion to approve the EPMG grant request.

Here are links to the videos in the order they actually held the meeting. See the videos of the previous morning’s Work Session for more detail on many of these items.