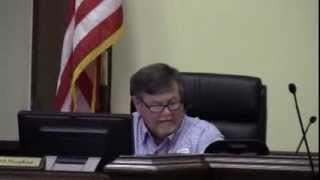 Terri Lupo (Georgia Power regional VP) for the Industrial Authority; Martha Cunningham, Sam Allen, Penelope Schmidt, Matt Lawrence for the Library Board, and Dan Deaver, Susan Prince, and Russell Mast (Chairman) for two positions on Parks and Rec. Apparently the public was supposed to guess about the two public hearings (one about the frequently-staff-varianced subdivision Nelson Hill) or the nine contracts, since the county didn’t post an agenda before the meeting. Commissioner Joyce Evans did ask if the applicants would be at the Regular Session Tuesday evening, and was told they would. Will they speak this time, unlike the applicants two weeks ago?

They finally posted an agenda after the meeting.

Here are links to the videos in the order they actually held the meeting.