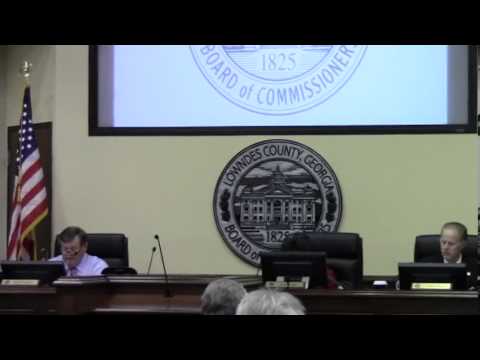 “We apologize for any inconvenience.” No Sabal Trail pipeline presentation this time; yes it really is December 9th like the front page of the VDT said. So the online agenda was incorrect, and it’s still incorrect about Green Lane which is still listed as “For consideration” when it should be listed as a Public Hearing. And another item was listed so obscurely on the agenda that a Commissioner had to ask “exactly where is this?” A report turned into an agenda item for the Alapaha Water Treatment Plant, and an item for “Consideration of Back Pay for 911 Employees” has appeared on the amended agenda with no public discussion. How are citizens to know what their elected officials are going to vote on tonight at 5:30 PM if the agenda changes all the time yet is still incorrect?

Plus they could take up Nottinghill even though the Planning Commission recommended tabling, there’s yet another Dollar General proposed (see Planning Commission video, three decorative special tax lighting districts, mosquito control, pump replacement, the annual MIDS bus service contract, a beer license, the return of Green Lane (why isn’t that one a pubic hearing as promised last time?) something about NOAA, and an agreement with the Lowndes County Board of Elections: will they stop changing the precincts every year?

The Chairman and at least two other Commissioners (John Page and Demarcus Marshall) did stop after the Executive Sesstion and talk to the two people who took off work to come to this Work Session, Don Brotherton and Carol Singletary.