In Georgia we’re still below 1% electric power generation from solar, and we can get to 20-30% with no new technology whatever. 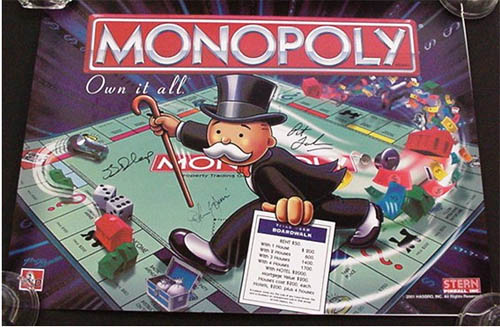 Georgia Power’s nuke overruns are already causing a reaction of still more distributed solar. Yet even that good news gets the usual reaction: “This is necessary but not sufficient: a breakthrough in energy storage technology is required.” Which just ain’t so; distributed rooftop solar alone is plenty to move Georgia way ahead. That’s why Edison Electric Institute calls distributed solar a massively disruptive influence on the utilities’ century-old cozy baseload model. What’s holding solar back is those same big utilities, who understandably don’t want to change their long-time cash cow. But they’re going to change, and pretty quickly.

People unfamiliar with the sunny south (which is most of the world south of, oh, Germany), still say things like this:

Maybe breakthrough is the wrong word, there are some interesting developments in air batteries for instance. Certainly there needs to a similar improvement (to above) in storage technology to make distributed work for first world countries. In third world countries without sunk costs in legacy infrastructure and monopolist established cartels there’s everything to play for with current state of the art in a huge range of fields, not just energy. The 15 kilowatts on my farm workshop already work just fine, thanks. No new technology or wires or anything at the utility to make them work, either, and no batteries required.

The sunny south has many rural areas where people pay $200, $300, or even $600 a month for electricity, where solar on their roofs would cut that to $50 or so while generating most at peak load in the afternoon when air conditioners run: plus jobs to plan, transport, install, and study all those rooftop solar installations! No new lines, nothing new at the utility, no new technology. City slickers take heart: your rooftops work just as well for solar.

Even if they’re shaded by trees, you can buy into solar on your local church or business or community center roof. Or you could, if not for Georgia’s antiquated 1973 Territorial Electric Service Act.

Once we get up to 20-30% solar in Georgia and the southeast, then we need a smarter grid. Southern Company has the biggest private R&D outfit in the country, and is already working on that. With wide enough rooftop distribution, we still don’t need storage technology. We’ll get much faster benefit from energy efficiency and conservation.

At 20-30% solar, popular demand for a grid with a million rooftops will be so large even Southern Company will have to finish studying it to death and do something. Well before then, I think. So the real issue we have to deal with to get more solar quickly is the entrenched electric utilities holding us back, with thinks like Southern Company getting GA PSC to abdicate oversight of cost overruns at Plant Vogtle, letting them soar to ridiculous levels by the time the first of those is finished. Hey, I’ve got an idea! Let’s demand GA PSC stop Southern Company from wasting any more of our resources on that boondoggle and get on with rooftop solar and wind offshore!

At 63% annual increase in deployed solar capacity, it’s already happening, and it’s going to keep happening faster, like money in the bank growing by compound interest. The question is how much of our time and money can entrenched utilities waste on sideshows like nukes and natural gas and delaying closing coal plants when they could and should just get on with solar and wind and a smart grid? Maybe if enough of us ask that question the utilities or the public service commissions or the legislatures will figure out the right answer. And we can elect new people to those last two, plus to local and national offices.

The cloudy day will not last forever. The sun will rise on the south (and the north), so fast doubters’ jaws will drop, just like with PCs and the Internet and mobile phones before. Let’s elect some people who get that, and let’s get those already in office to get on it.