If we want good clean industry for jobs for local people, we need good clean local government, too. Why do our local government bodies hide when they discuss public goods like waste disposal, try to avoid stating public positions on issues, and fail to publish minutes of elected bodies? 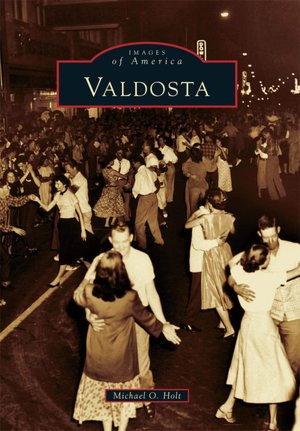 who were involved even a generation or two back indicates that Lowndes County has always been a cliquish sort of place, mostly run by old boys, for reasons that made some sense in the early days (lack of resources, mainly), but doesn’t so much anymore in these days of I-75 and I-10, airport, railroads that still go everywhere, Moody AFB, VSU as a regional university, technical and community colleges, two hospitals and medical industry, TitleTown, Grand Bay WMA, Wild Adventures, and south Georgia sunshine we can export to Atlanta and points north.

Here are a few books about the old days, all available in local libraries and possibly in local bookstores:

Those last two help show that the county is not the same as the city.

Only a generation ago, the general understanding was that a couple of local families said frog and all the local elected bodies hopped. Nowadays I’m told by some in the know that it’s a bit more broad-based than that.

Unfortunately, some of the slightly more broad-based old boys have hooked up with a source of top-down autocracy in DC: ALEC. That’s where the pushes for private prisons, charter schools, school consolidation, and some other shadowy things we’ve been shining a light on have been coming from, sprayed like pesticides around here and as far as the statehouse by certain of our state- and nationally-prominent newer old boys.

Fortunately, as we’ve also seen recently, the old boys are no longer monolithic, and have disagreed about matters including biomass, school consolidation, and the private prison. Maybe diversity of opinion is gaining a foothold. Maybe local activism is having some effect even if some of our appointed bodies’ employees deny it. (Sorry; I’m still chuckling about that one.)

If we want to attract knowledge-based jobs and workers and educate our own youth for such jobs, we also need more open government. Nobody wants to locate a high-tech clean industry in a place where the old boys are likely to dump a private prison or a biomass plant next to it. How about solar panels at the exits from I-75, on Valdosta City Hall, on the county palace, and on the warehouses in Hahira?

Public criticism of local government is a cost of being a place where good industry wants to be. That’s one reason they call it public service.