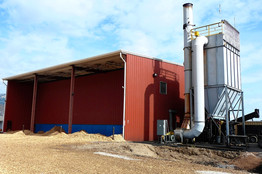 Jim Carlton points out in the Wall Street Journal some of the problems of biomass plants.

With all the plants and trees in the world, biomass energy would appear to have boundless potential.

Or as Georgia politicians are fond of saying, “Georgia is the Saudi Arabia of forest energy.”

Yet in the U.S., biomass power—generated mainly by burning wood and other plant debris—has run into roadblocks that have stymied its growth.

Here at the Northern Nevada Correctional Center, officials in 2007 built a $7.7 million biomass plant to meet all the power needs of the medium-security prison. But last month, two years after the plant opened, prison officials closed it, citing excessive costs.

“This was a project that was well intentioned, but not well implemented,” says Jeff Mohlenkamp, deputy director of support services for the Nevada Department of Corrections.

Even with a captive market (pun intended), biomass was not economically feasible.

Maybe it was an isolated case?

Across the U.S., other biomass projects have met similar fates.

In Loyalton, Calif., Sierra Pacific Industries Inc. on Aug. 20 announced it would close a 16-megawatt plant, citing federal logging restrictions that made it more difficult to get wood from surrounding forests.

In Gunnison, Colo., Western State College of Colorado in July shelved plans to install a biomass boiler on its campus amid high costs for supply and operation. And in Snowflake, Ariz., a local utility, the Salt River Project, canceled a long-term power-buying contract with a 24-megawatt plant after the plant’s operator filed for Chapter 11 bankruptcy protection in July. Another operator has since taken over the facility. Is It ‘Green?’

Biomass power costs more to produce than power derived from fossil fuels, largely because it requires more labor to chip up wood and truck it to plants, industry executives say.

Hm, not just fugitive emissions from equipment outside the plant, also fugitive costs.

Costs that the rest of us will be left to deal with after the plant proponents get their subsidies, flip it, and leave.