Most people wanted to know which roads would be paved when, in Bemiss, to Alapaha Subdivision, and next to the new Civic Center. 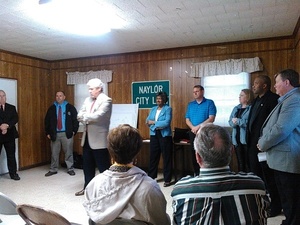 They did also talk about the planned new civic center and the Alapaha Boatramp they’re building.

I thank the Chairman for clarifying his remark about paving every road in the county. He and other county officials also went on about safety being a big concern, which is news to me, on my road the county insisted on paving that became a drag race track. And what’s this about END_OF_DOCUMENT_TOKEN_TO_BE_REPLACED