Received 1 June 2012 about the 22 May 2012 VLMPO Open House at SGRC. The “Transportation Improvement Program, or TIP, is the short-range plan approved by the VLMPO Policy Committee that allows federal funds to be spent on various transportation projects in the region.” -jsq

I attended the transportation plan open house on the day that anyone could come from early morning until 7:00 PM and when I went at 5, I was only the sixth person who had been there all day. Corey Hull showed me and four other people the plan, answered our questions, explained the difference between this long term plan and the TSPLOST and there was a discussion about how one might go about becoming a bus services provider in the area. The amount of money allocated to the city of Valdosta for transportation is not an amount that is near what a bus system would cost, so there still will have to be other funds available to make that possible. Even though our group brought the attendance for the day up to 10 citizens, it was a huge improvement over the last open house, when NO ONE showed. Corey Hull was very helpful and had a lot of information that probably would have been fascinating to others if they had attended, but once again there was virtually no input. According to projects submitted for T-SPLOST, a bus system would cost about $7.5 million (startup and a few years run-time), but that got cut first pass, while $12 million for widening one road is still in the T-SPLOST list. I’m told that public transportation is not an issue around here. If people think it is, maybe they should show up at meetings like the one SGRC organized about the other transportation plan and say they want a bus system.

The latest update (20 February 2012) is online for the community calendar produced by Jane F. Osborn who organizes the Valdosta Civic Roundtable. She wrote:

…the calendar is not produced for civic roundtable, it is just a project of mine for the many counties that lost a source of information when 2-1-1 was discontinued.

LAKE will attempt to remember to update new ones in this web page as Miss Jane sends them. We hope you, dear readers, will remind us if we don’t.

The latest update (5 July 2011) is online for the community calendar produced by Jane F. Osborn who organizes the Valdosta Civic Roundtable. She says:

…the calendar is not produced for civic roundtable, it is just a project of mine for the many counties that lost a source of information when 2-1-1 was discontinued.

LAKE will attempt to remember to update new ones in this web page as Miss Jane sends them. We hope you, dear readers, will remind us if we don’t.

Jane Osborn points out this Healthcare Facility Regulation Division Invites you to an Informal Town Hall Meeting on June 22, 2011:

The Department of Community Health (DCH), Healthcare Facility Regulation Division (HFRD) invites you to attend a Town Hall Meeting on the topic, “Establishing Meaningful Distinctions for Levels of Care in Licensed Personal Care Homes, Assisted Living Communities and Nursing Homes”. The Town Hall Meeting will be held in the DCH Board Room, 5th Floor, 2 Peachtree Street, NW on Wednesday, June 22, 2011 at 11:30 a.m.

The purpose of this Town Hall Meeting is to provide a forum where interested consumers, providers, advocates, stakeholders and regulators may discuss the topic informally. This informal dialogue will assist the DCH in its development of proposed rules for personal care homes and assisted living communities as a result of the passage of SB 178 which creates a licensure category called assisted living communities. Of course, any rules that the DCH ultimately develops would be taken through an informal rules advisory group process and the public rule-making process. If you are unable to attend the Town Hall Meeting, but would like to provide input on this topic, please feel free to send your input electronically to DCH staff using the following email address: sedoughe@dhr.state.ga.us.

That web page also includes some questions for which DCH wants public input.

This came in yesterday. -jsq This comment from Jane Osborn came in last night on County Animal Shelter Issues. A good place to ask such questions of public officials might be at this evening’s County Commission meeting, 5:30 PM, 327 N. Ashley Street. Sheriff Chris Prine is often in attendance. -jsq

Abuse of an animal is a criminal offense. The GA Dept. of Agriculture 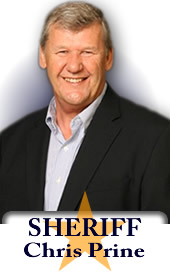 is a regulatory agency able only to issue fines, not pursue criminal investigations. Why are these reports not on the desk of the sheriff of Lowndes County for criminal investigation? Dismissing the allegations because the people whose testimony was taken might be biased does no service to the current or future animals that will pass through the shelter.

Jane Osborn organizes a monthly Valdosta Civic Roundtable, which brings together all sorts of local organizations, ranging from the Rotary Club to the Historical Museum to the Red Cross to LAMP to LAKE. At this particular meeting, on 3 Dec 2009, Sidney Morris accepted the Louie Peeples White Award for Outstanding Community Service. Here’s playlist of the 3 Dec 2009 meeting:

Meeting notes for the past year or so are are on the LAKE web pages.

If you’re looking for something to do, like Jane says, all of our nonprofit boards are in need of board members….

Videos by Gretchen Quarterman for LAKE.