No citizens showed up other than Gretchen Quarterman, behind the LAKE video camera. Commissioners did not vote, because this is presumably the first of several Budget Hearings. Or is it? It was billed as a Work Session. Anyway, it took seventeen minutes. 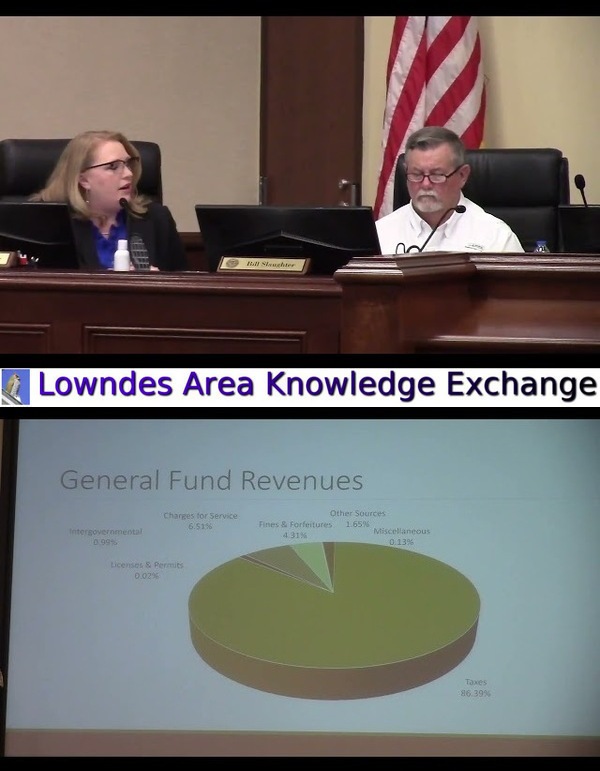 County Manager Paige Dukes said the draft budget was strong on operations while not having many capital projects. Also, hiring was difficult, apparently especially in emergency communications.

Most of the meeting consisted of Finance Director Stephanie Black showing a few dozen slides with a high level overview. Some entire departments were not even mentioned, except maybe in the org chart. Millage is down slightly, even with the addition of the unincorporated area fire millage. The General Fund is up almost 6% due to shifting funds around, and even though she stopped including drug seizures. Various other funds are up significant amounts.

Two thirds of revenues come from property taxes, a quarter from LOST, and 8.65% from vehicle taxes (TAVT). SPLOST was not on the pie chart, so I don’t know how they count that.

Citizens don’t have a copy to study.

Below are LAKE videos of each agenda item, followed by a LAKE video playlist. See also the public notice. There was no agenda, and there is still no draft budget on the county’s website.