Chairman Bill Slaughter mentioned the recent death of his predecessor Fred DeLoach. County Manager Joe Pritchard said he tried to talk Carmella Braswell out of retiring, but she has done so. 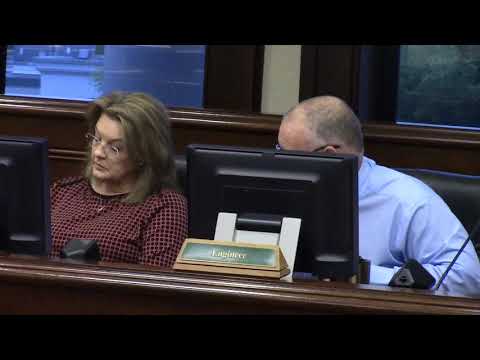 County Engineer Mike Fletcher clarified that more than one engineering firm was working on professional surveying and engineering for road projects.

Kevin Beals presented the solid waste franchises for annual renewal, and we were reminded he is also Chairman of the Deep South Solid Waste Authority that dispenses funds from their tipping fees, and which the next day announced a special called meeting for Wednesday.

Chad McLeod said the county has successfully cleaned up from a nearby closed gasoline station.

Below are links to each LAKE video of each agenda item, with a few notes, followed by a LAKE video playlist. See also the agenda in the previous post with more context.