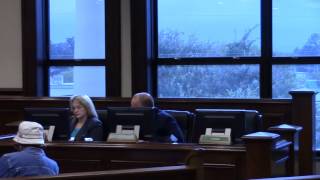 “There’s nobody that can tackle something like that alone,” said Emergency Management Director Ashley Tye in a West Mims Fire Special Presentation with firefighters from all over Lowndes County and its cities, including a resolution from the Charlton County Commission.

Citizen Gretchen Quarterman spoke about WWALS and trash and cameras at the Naylor Boat Ramp site, and about Boy Scouts at the GA 133 Boat Ramp. Citizen Jim Parker poked them about public transportation and renewable energy.

They’re settling on “Wiregrass Georgia Technical College Road to Success”, but when did Commissioners decide on that between the previous morning’s open meeting and this one? But wait: that’s not actually what they finally decided.

There’s a date and time scheduled for the new Naylor Community Center opening.

In the one day since the county asked, nobody proposed any other plumber for the Valdosta-Lowndes County Construction Board of Adjustments and Appeals, so they unsurprisingly approved the one they had.

They spent four minutes debating purchasing public safety radios even though they were inexpensive and under budget. And more than three minutes on the Motorola System Upgrade Agreement, including the County Manager waved around a review by an attorney. They got to see the Motorola Subscriber Maintenance Agreement, but the taxpayers paying for it did not.

They approved the Special Tax Lighting Districts for Gramercy Phase 3 and Kinderlou Fourest Phase VII (“Mr. Langdale is in the room”), but tabled both parts of Creekside West because one part wasn’t ready.

Below are links to each LAKE video, with a few notes, followed by a LAKE video playlist. See also the LAKE videos of the previous morning’s Work Session, and the agenda.