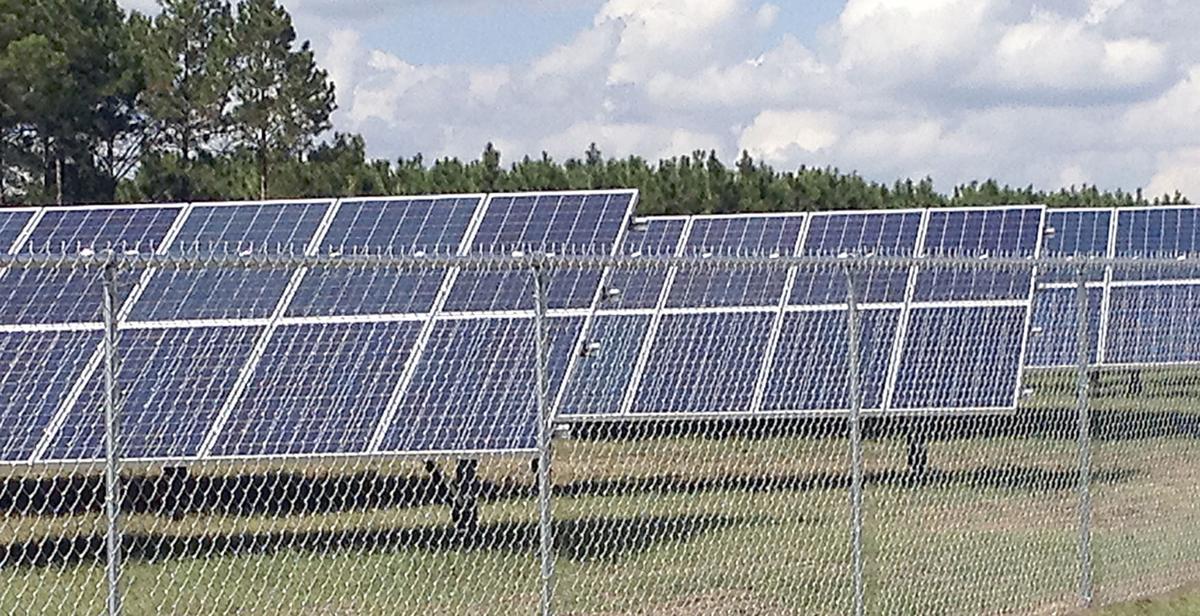 WOODBINE, Ga. | Small Georgia cities are turning to the sun for power at wastewater treatment plants to save money.

But many aren’t saving as much as expected because although they’ll use less electricity from Georgia Power, they’ll be paying more per killowatt hour, a couple of city managers said.

Woodbine recently approved a $192,600 bid for a solar power plant with a tracking system that will follow the sun across the sky and power the wastewater treatment plant between U.S. 17 and Interstate 95.

“We’re not the first one on this train,” City Manager Ken Walker said.

Jesup is getting ready to bid its own plant and has already spent $70,000 on the project, City Manager Mike Deal said.

In Southeast Georgia, Baxley was among the first cities to go to solar power spurred partly by 1.03 percent financing for “greenovation,” City Manager Jeff Baxley said.

The city has been online about 10 weeks and will soon pay off the plant as revenue starts coming in from a special purpose local option sales tax, Baxley said….

Like Baxley, Jesup’s [Mike] Deal is now having to deal with changing Georgia Power rates.

In other words, Jesup wants Georgia Power to reduce the rate charged during peak hours when the sun is shining on the solar panels while Georgia Power wants to base reductions on the nighttime rate. Peak rates are higher, and it means Jesup would save less.

“Georgia Power works daily with customers to help them understand the costs and benefits of installing solar so they can make informed decisions on whether solar is right for them,” he said.

The company suggests that before signing contracts with private solar energy developers, customers talk with Georgia Power first so they will know all their options and how their energy costs may be affected.

The company does not raise rates on customers who install solar power “behind the meter,” Kraft said, but the rates and plans are designed to be balanced and fair with the ultimate goal of providing around-the-clock service.

Kraft confirmed that while the costs of producing electricity may fluctuate, the costs of maintaining the power lines, transformers and other facilities may be fixed.

Really, Georgia Power? Still trotting out that old canard? Both Austin Energy and the state of Minnesota years ago showed that local solar energy generation is actually reduces wear on the utility’s lines because so much of the solar power is used behind the meter, reducing the amount of electricity going through the lines. Plus the more local solar power generation, the longer until the utility has to add other sources of power generation, which delays and reduces expenses for financing such plants.

For that matter, local solar generation at peak afternoon hours reduces Georgia Power’s need to run its peaking power plants. Of course, that’s exactly what all the utilities are afraid of: that local sun and wind power generation could turn their grid into nothing but a big backup system. The same electric utility think tank Edison Electric Institute that warned utilities back in 2013 that solar was going to eat their lunch if they didn’t get ahead of it also codified a net metering talking point that utilities are pushing to try to shade solar power. A talking point that Georgia Power is still pushing three years later.

Your stock price is down 5.5% since your stockholder meeting, Southern Company, which is more than your annual dividend. Time to get on board for this sea change, Georgia Power, before you’re carried away by the tide!

3 thoughts on “Solar-powered wastewater treatment plants in the southeast”