The county staff and Commission listened at length to opponents and proponents of a rezoning back to agriculture with no conditions, and came up with a compromise, in the 11 November 2014 Lowndes County Commission Regular Session. It’s curious to me that people are more concerned about a few cows of very minimal effect, rather than about a yard-wide pipeline that could adversely affect the whole county.

Video. Here’s the board packet item, thanks to County Planner Jason Davenport in response to an open records request. In response to a question from Commissioner Demarcus Marshall he said he though the Planning Commission 6 to 0 recommendation for denial would have been different if they had had the petition map pictured here and the updated petitions. Davenport thought there would have been a split GLPC vote. 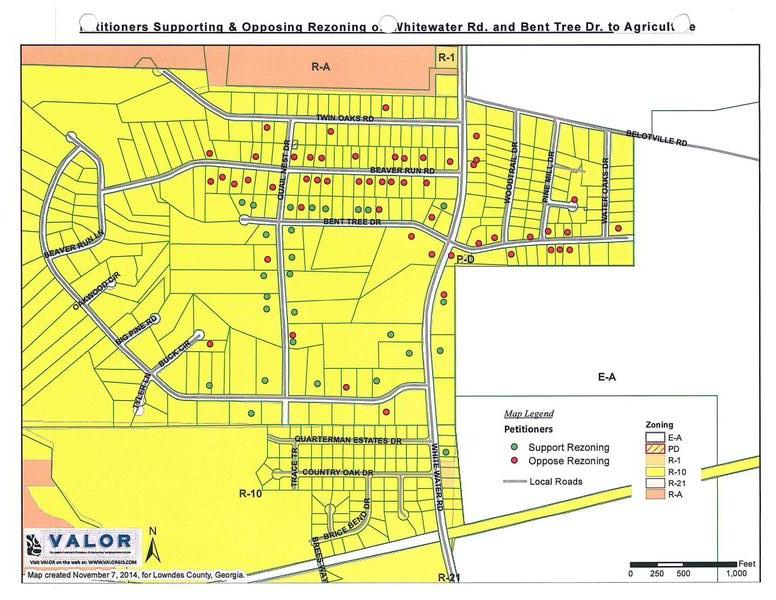 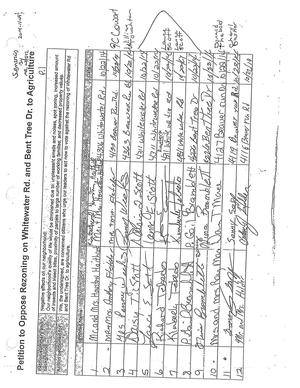 Kim Haithcock said her property borders 50% and two sides of the subject property. She expressed neighbor concerns about noise, insects, spray runoff, spot zoning, and rezoning for an applicant whose primary livelihood was not farming.

Former County Commissioner J. Edgar Roberts said the county had previously put in water and sewer and he thought they should continue in that development direction.

Gail Bramlett said she lives straight across the street from the subject address and is concerned about the mosquitoes and her elderly mother. Also she didn’t want animals or their smells.

Speaking for, Larry Tison said he had no problem with farm animals, that he’d been there for twenty years, back when it was the other way around (mostly farming), and the property owner should be allowed to do what he wants to do with the property considering how long he had owned the property. He also complained that nobody told him it had been rezoned, until the subject property owner did. Indeed, the county only sends rezoning notices to directly adjoining landowners, and Tison’s property does not touch the subject property.

Cindy Pittman said her property touches the subject property, and she had told the applicant he was welcome to use the back of her property for the cows, as well. She said she has seen no increase in smells or flies with animals.

The applicant, Johnny White, said he initially had only positive feedback, except Mrs. Bramlett wasn’t sure. He talked to her and listened to her concerns, and waited to hear her daughter’s concerns, but never heard. He said there would be no ill effects from rezoning. He thought his plan would improve the neighbors property values compared to the current disused state of the property. 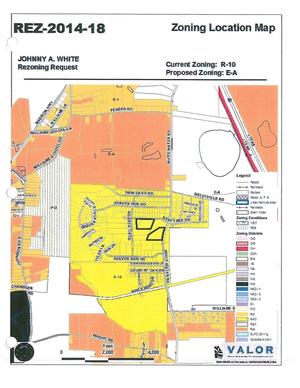 Commissioner Demarcus Marshall was concerned about it being two parcels. Also that if any neighbors wanted to rezone similarly, they couldn’t say no, and he thought that might be like dismantling the ULDC entirely.

Commissioner Clay Griner wanted to be sure the motion included both pieces of property. Powell said yes, the seconder agreed, and they voted 4 to 1 for the rezoning with those conditions; Commissioner Marshall voted against.

This demonstrates why it would be useful to pass a pipeline ordinance to affect use of property in the county.