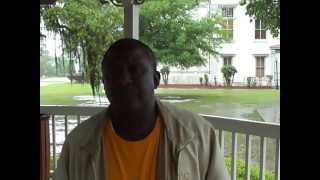 George pointed out the mistrial might show deeper problems since it revealed a postal worker getting “information off of official mail and give it to an agent”. The Commissioner agreed: “Eighteen years in the postal service … and don’t know the rules and regulations of the postal service.”

George also asked if a former Brooks County Board of Education member had hired a private investigator to look into this case. The Commissioner said yes, he was. George wondered if that didn’t reveal a deeper undercurrent.

What we need to do as the governing body… is money being spent on something that end up in another mistrial. If the state does not have adequate proof of what took place they really need to drop it. Because all we’re doing is just spending taxpayer money.

George also noted that other news media were not there. And he had been told to get off of courthouse grounds to video. Unlike in every other place he had done similar videos.

The American people want to know what is going on in their nation, in their communities. 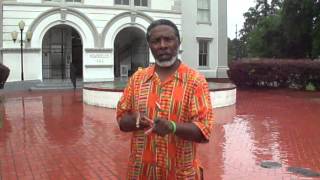 George Boston Rhynes also stood on the rainy bricks outside the courthouse and asked more questions about what will happen about the new information of apparent postal service infractions and the statement by an employee of the Georgia Secretary of State that apparently caused this mistrial.

In essence, it was ‘same script, different cast’ as Superior Court Judge Richard Porter resided over a case which has had several twist and turns since July 2010.

The Lula Smart trial which began on Monday, April 14, lasted five days and just like the first trial, the State of Georgia’s presentation and explanation of evidence relating to absentee ballot fraud had fallen apart in open court within the first week and the Superior Court judge decided to declare a mistrial.

This was the second mistrial declared in the last seven months. The first one occurred when Superior Court Judge Ronnie Lane from Seminole County made a similar motion after hearing the case after just five days.

The State of Georgia couldn’t prove that Lula Smart and/or the Quitman 10+2 committed absentee ballot fraud.

Even though Porter didn’t reside over the first mistrial, the Sonny Perdue judicial appointee in 2009 was instrumental in allowing write-in candidates—Myra Exum and Gary Rentz— to appear on the ballot for the Brooks County School Board contest back in 2010.

I have to wonder why someone who was directly involved in the case on trial was the judge for the trial. Further, Patrick Davis points out letting those write-in candidates on the ballot may have violated this Georgia law:

(d) No person shall be eligible as a write-in candidate in a general or special election if such person was a candidate for nomination or election to the same office in the immediately preceding primary. (O.C.G.A.§21-2-133)

Why wasn’t that possible violation of the law investigated?