How to get Georgia Power and Southern Company off of nuclear and onto offshore wind and onshore solar power: stop approving Construction Work in Progress (CWIP) rate hikes for nukes that are already a billion dollars over budget and more than a year late. So far Mississippi is doing better about this than Georgia, by capping ratepayer and taxpayer costs for Kemper Coal. Iowa did, and look what happened.

SimplyInfo wrote 23 December 2013, What Power Companies Do When Nuclear Is No Longer An Easy Option,

MidAmerican Energy in the US tried for years to force Iowa residents to pre-pay for a nuclear power plant. Those efforts failed twice, causing the company to stop trying to pass the new law. As of February 2013 MidAmerican Energy owner Warren Buffett continued to express his interest in building two nuclear power plants in Iowa. Without public funding for nuclear and a public that has been strongly against any new nuclear plants in Iowa, Buffett changed his mind.

MidAmerican Holdings ordered 1 billion USD worth of new wind turbines. This will purchase 448 wind turbines that will make 1050 megawatts of power, about equal to one new nuclear power plant in capacity. Without public support and public money to risk for the investment Buffet in the end was unwilling to risk his own money and invested in wind instead.

The windmill parts are by Siemens, but manufactured in the U.S., according to PR by MidAmerican Energy 16 December 2013:

Siemens Energy’s Fort Madison, Iowa, facility will manufacture all the blades, while the nacelles and hubs will be assembled at the Siemens plant in Hutchinson, Kansas. All projects will utilize Siemens’ 2.3-megawatt, G2 platform wind turbines and will be installed at MidAmerican Energy’s 500-megawatt Highland wind project in O’Brien County; 250-megawatt Lundgren wind project in Webster County; 138.6-megawatt Wellsburg wind project in Grundy County; and 117-megawatt Macksburg wind project located in Madison County. The order also called for 19 wind turbines at the 44-megawatt Vienna II wind project expansion in Marshall County, which is fully constructed and delivering energy to Iowans. In addition to the wind turbines, the contract also includes a service, maintenance and warranty agreement.

Siemens PR of 16 Dec 2013 concurs. This is still big baseload capacity thinking, but it’s much better than FPL and Duke’s plan for a 100-foot gash through here for an unneeded methane pipeline when they could get just as much power through rooftop solar rebates and build local industry at the same time. 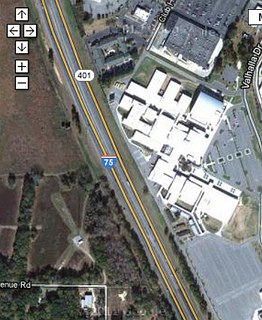 Hey, what if Georgia Power ordered a gigawatt of solar panels from MAGE SOLAR in Dublin, GA or Suniva of Norcross? Then Georgia Power could make Georgia and Southern Company could make the southeast a net exporter of the energy from solar.